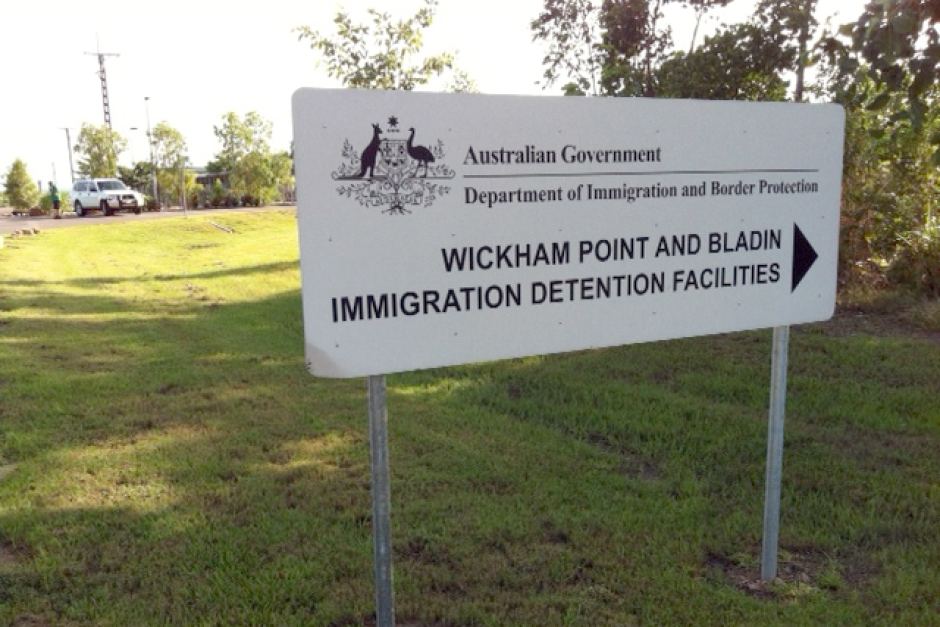 Five pregnant asylum seekers briefly took to the roof at Darwin’s Wickham Point detention centre and made threats to burn down the facility amid anger over plans to deport a woman with a young child to Nauru, an advocate for the detainees says.

In claims denied by Immigration Minister Peter Dutton, Ben Pynt from the Darwin Asylum Seeker Support Advocacy Network (DASSAN) said a second day of unrest at the Wickham Point Detention Centre was sparked by immigration authority plans to deport a woman with a small child to Nauru.

“At about 4:30pm (ACST) two men went up on the roof and were taken down by guards,” Mr Pynt said.

He said that about half an hour later five pregnant women then went up onto the detention centre roof, and were also taken down.

Mr Pynt said the women continued their protest though, and threatened to burn down Wickham Point if the woman and child were deported.

He said the Department agreed not to immediately deport the woman, and so the protest ended peacefully.

Claims of a rooftop protest or plans to deport pregnant women, which has also been alleged by Mr Pynt, were denied by Mr Dutton’s spokeswoman.

“Nobody has been on the roofs at Wickham Point IDF [immigration detention facility] today,” the spokeswoman said.

“These are yet more mischievous and inaccurate claims made by advocates and detainees.”

She said people who were pregnant would not be deported.

“No-one is getting deported that is pregnant,” she said.

The spokeswoman said a disturbance the previous day was resolved overnight with only minor property damage and no injuries to staff or detainees.

On Wednesday asylum seeker advocates claimed there were 25 self-harm attempts inside the centre.

Police and paramedics were called to the centre during those events, following reports of a major disturbance.

The ABC obtained footage from inside the detention centre showing some of Wednesday’s events, including what appears to be a group of asylum seekers gathered on a stairwell while a woman lies on the ground screaming.

Two detainees at the centre said that unrest was sparked by two families with small children who had been due to be sent to Nauru on Thursday night.

They said one family, from Iran, has a three-month-old baby that was born in detention earlier this year.

“One of the families just got pregnant,” one detainee said.

“The other has a three-month-old baby … what they face is inhuman,” the detainee said.

They said about 70 asylum seekers had chanted “release us” while blockading the entrance of the centre.

Another detainee at Wickham Point described events on Thursday as worse than the previous day, when police were called.

“Just now it is chaos. Two of the Iranian guys are on top of the roof,” she said.

“Serco staff are trying to fight the detainees.”

The detainee said there had been injuries and she saw five or six guards grab a woman and hold her down as she tried to jump onto the roof of the detention centre.

Greens Senator Sarah Hanson-Young has said she had heard of detainees going to horrific lengths to avoid being transferred to Nauru.

“A pregnant woman, five-months pregnant, has attempted to take her own life in the last 24 hours,” she said.

“Another woman, who has recently had a baby, was very, very fearful for what life will be like inside the detention centre.”