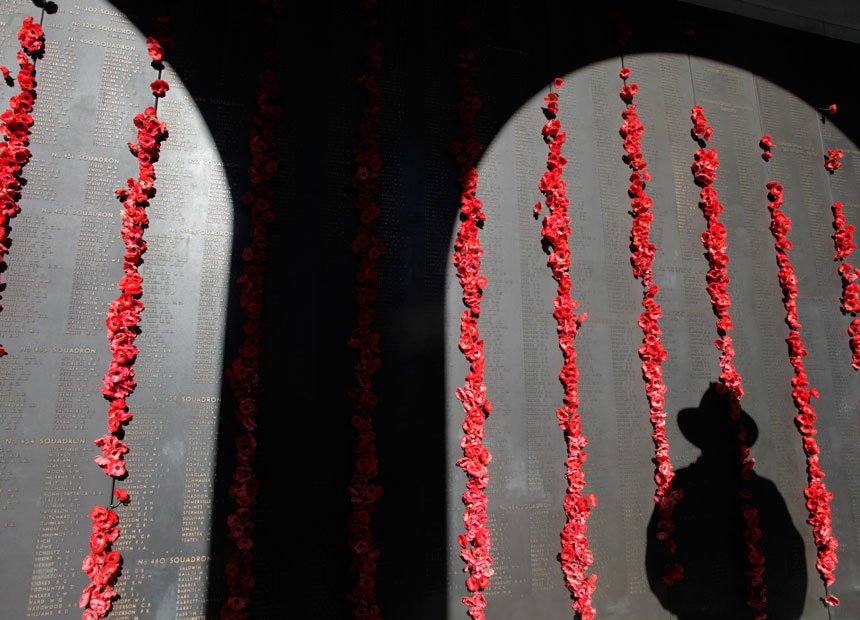 Australia’s original Diggers deserve better than the crass commercialism shown by Woolworths in its now defunct ‘Fresh in our Memories’ campaign.

But – apart from being plain dumb – Woollies is just part of a corporate herd trying to cash in on the Anzac legend (even if some money flows back to worthy causes).

The media are doing the same thing. Politicians haven’t been lining their pockets but they’ve milked public sentiment over the centenary of the Gallipoli landings and in the process drawing attention from their own shortcomings.

The hype will perhaps peak on Anzac Day, when commentators will offer strained analogies as they try to equate sporting contests on Anzac Day to bravery and fortitude shown in war.

The Australian cricket legend Keith Miller, who flew Mosquito fighter-bombers in World War II, cut through that sort of false equivalence with one dashing stroke.

Asked after the war about pressure in cricket, Miller famously responded: “Pressure is a Messerschmitt up your arse, playing cricket is not”.

This week’s Four Corners, by veteran journalist Chris Masters, provided a welcome change in tone, with interviews conducted with World War I Diggers almost 30 years ago juxtaposed with testimony from Australia’s newest veterans, from Afghanistan and Iraq.

What would these original Diggers think of the hype and overblown rhetoric being wafted around a century later? Perhaps the only answer is to remember how they behaved while alive: they were proud about being part of a band of brothers (and sisters) at war but they were mostly modest and many were anti-war.

But during more than 30 years as a journalist, I’ve interviewed many veterans. Once in country WA, this included men who served with the fabled Lighthorse in the Great War.

Later, it included men whose ship was sunk in World War II and survived their lifeboat being strafed and then left adrift for days on end.

During another interview, a WWII airman who kept the records of POWs at a German stalag, chided the quality of my shorthand (and sternly warned against any mention of Hogan’s Heroes). His shorthand was perfect, which helped get maximum use out of the scant amount of paper available in captivity.

These veterans were mostly polite but had to be drawn – they often struggled to describe their experience to somebody who had not lived through it, too.

None of them indulged in the big-noting and hyping themselves the way that civilians do much of the time. Nor did they romanticise war, sometimes even finding common ground, or at least shared experience, with their former enemies.

In fact, Australia’s veterans, like those of other countries, have possibly tried to be too stoic over the years and would have appreciated getting a chance to speak more.

The head of the Centre for Traumatic Stress Studies at the University of Adelaide, Professor Alexander McFarlane, argued this week that Australia should honour the memory of the Anzacs by improving treatment and understanding of post-traumatic stress disorder (PTSD).

“The first thing is to remember the sufferings of those people in the First World War. We talk about them as heroes, but we ignore the suffering,” he said.

“There were epidemics of self injury at Gallipoli that we never talk about.”

Professor McFarlane said the institutional and broader public response at the time was, in one sense, a way of “stigmatising the individual, rather than society and the military accepting the cost of the way people couldn’t continually deal with the horrors of war”.

This neglect of veterans has continued in more recent conflicts such as Korea and Vietnam which are still sometimes seen as “forgotten” wars.

The plight of veterans is exacerbated by the Department of Defence fighting drawn-out legal battles on many fronts. This includes the quest for compensation over Britain’s atomic bomb tests in Australia the 1950s, the 1964 Voyager naval disaster, the use of Agent Orange in Vietnam and the health problems linked to servicing the fuel tanks of the F-111 aircraft.

Then there are the current problems with PTSD and broader mental health among veterans of Afghanistan and Iraq, mixed in with alcohol and drug abuse and homelessness.

One veteran of Afghanistan and Iraq, retired Australian army captain James Brown, last year argued in an important book Anzac’s Long Shadow that we expend too much time, money and energy on the Anzac legend and that today’s soldiers suffer for it.

Above all, Brown examined the “costs and dangers of a culture in which looking back has become the major way that Australians interact with their military”.

He wrote that Australian commemorations of the Great War and Anzac would cost taxpayers $325 million and that private sponsors would kick in another $300 million, while under-funding the current military by around 25 per cent.

Private support organisations like Soldier On have helped, but our newest veterans need more support. That is true even if, like me, you question the strategic and political reasoning behind the commitment of Australian troops to Iraq and Afghanistan.

So big corporations like Woolworths are not alone in milking the Anzac legend. So has the media and so have our politicians.

They deserve respect but not hype, and particularly not commercial hype.

In defence of the Anzacs: enough with crass ads