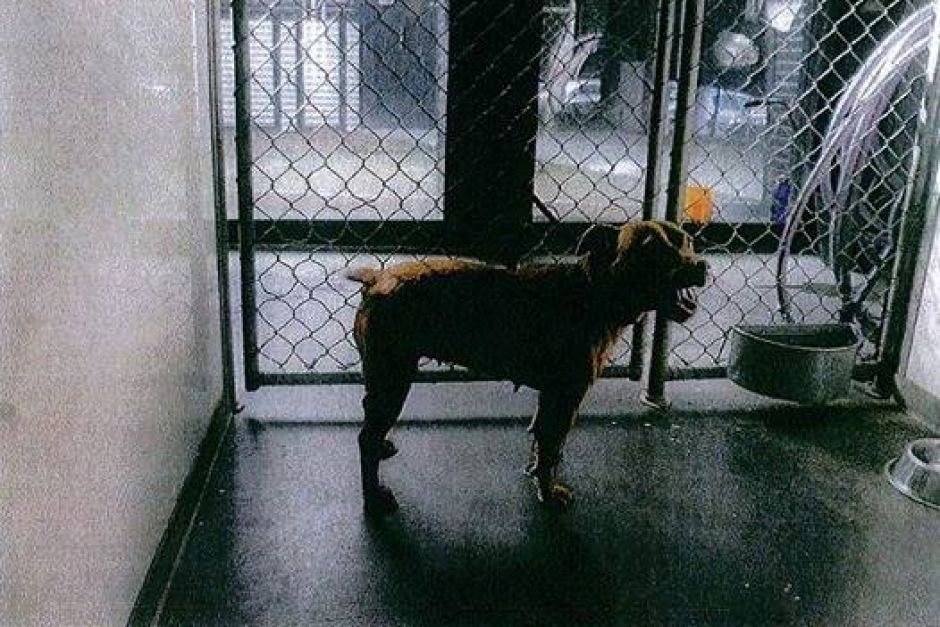 It’s not every day two senior barristers in the nation’s highest court go head-to-head over the fate of a pooch on death row.

Lawyers for Victorian woman Tania Isbester appealed to the High Court on Tuesday hoping to have her Staffordshire terrier Izzy, deemed aggressive by Knox City Council, saved from being put down.

The dog has been housed by the RSPCA since it was seized two years ago, sparking a lengthy legal battle.

Richard Kendall QC, representing Ms Isbester, argued a member of the panel which determined Izzy’s fate had a conflict of interest.

Kirsten Hughes investigated an attack Izzy made in August 2012 and presented evidence at a later Magistrates’ Court hearing in which Ms Isbester pleaded guilty.

Ms Hughes then informed her about a panel hearing to determine the dog’s fate, before participating in it and helping to draw up the final reasons, Mr Kendall said.

“Ms Hughes had a fundamental part in the process of decision making,” he told the court, claiming she was both the accuser and acting as judge.

Justice Patrick Keane took exception to that characterisation criticising the lawyer for “sliding into personal attacks”.

Stephen Donaghue QC acknowledged Ms Hughes played a role on the panel, but said the final decision was made by another member.

Ms Isbester had three Staffordshire terriers, including Izzy, which were involved in attacks on other dogs after escaping from her backyard in The Basin, a suburb in Melbourne’s east.

In 2013 she pleaded guilty to a charge relating to an 1.5cm cut allegedly caused by Izzy on the middle finger of a woman trying to pull the dog away from her daughters.