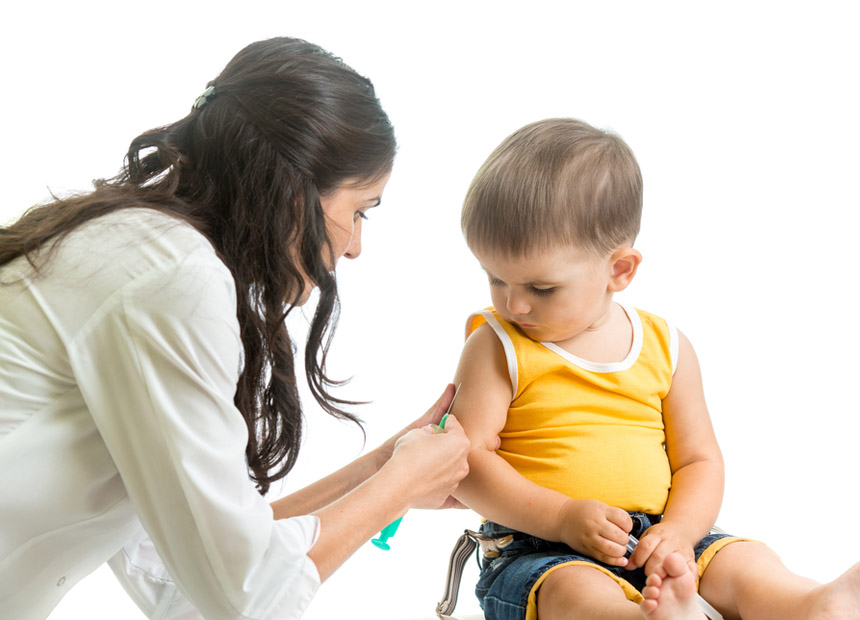 Parents who fail to vaccinate their children could lose childcare benefits of up to $15,000 per child under a new measure to reduce life-threatening illnesses in young children.

Prime Minister Tony Abbott announced the plans on Sunday, saying “this is essentially a ‘no jab, no pay’ policy from this government”.

The policy, to be announced in detail before the May budget, has been backed by advocacy groups and Opposition Leader Bill Shorten who said it was a “sensible step”.

But a group against anti-vaccinators said although they pushed for children to be vaccinated, they do not support compulsory vaccinations.

“Access to immunisation and access to high quality early life education are basic human rights. In Australia, access to childcare is essential to enable parents to work and provide for their children. Access to one should not be restricted to drive uptake of the other,” Stop the (Anti) Vaccination Network said in a Facebook post.

“We hope there is time for the Federal Government to reconsider this proposal.”

Social Services Minister Scott Morrison said he only expected a very small number of families to be exempted from the Government’s new policy.

“The choice made by families not to immunise their children is not supported by public policy or medical research, nor should such action be supported by taxpayers in the form of childcare payments,” Mr Abbott added in a joint statement with Mr Morrison.

Australia has vaccination rates of more than 90 per cent for children aged one to five years.

But the government said more than 39,000 children aged under seven were not vaccinated because of their parents’ objections – an increase of more than 24,000 children over the past decade.

The policy comes amid rising concern about whooping cough deaths and fears of disease outbreaks in some parts of Australia where many unvaccinated children live in small communities.

“This will hopefully increase the rates of immunisation, which unfortunately are starting to fall behind the rates that are safe for our community,” Ms Briskey said.

“So we’re hoping to see less parents choosing not to vaccinate their kids.”

Australian Medical Association vice-president and emergency department doctor Stephen Parnis told The New Daily in March that parents who refused to vaccinate their children had parallels with “people who denied climate change”.

“It’s profoundly concerning because not only does it harm them and their own children, but it puts at risk other members of the community as well,” Dr Parnis said.

“It is certainly a source of angst within the medical profession because there is no debate about the merits of immunisation.”

Under current laws, families with children who are not immunised can still receive annual childcare rebates and other benefits if they have a personal, philosophical or religious objection.

But Mr Abbott said the rules would now be tightened to only allow a small number of religious and medical exceptions, but he would not say how much the move was likely to save.

Under changes that could save more than $50 million a year, Social Services Minister Scott Morrison is preparing to scrap a ‘conscientious objection’ provision which allows anti-vaccination parents to still claim welfare benefits including childcare assistance and Family Tax Benefit A.

He only expected a very small number of families to be exempted from the government’s new policy.

Mr Morrison said parents seeking a religious exception would need to be registered with their church or similar organisation.

“That’s the only basis upon which you can have a religious exception, and there are no mainstream religions that have such objections registered so this would apply to a very, very small proportion of people,” he said.

Labor is backing the proposal, which the Coalition took to the last election.

Mr Shorten said it was a sensible step.

“And we would say to the Liberal Government, we’re pleased that you’re agreeing with our position and yes we will cooperate to make sure that the safety of our children is what is paramount in public policy.”