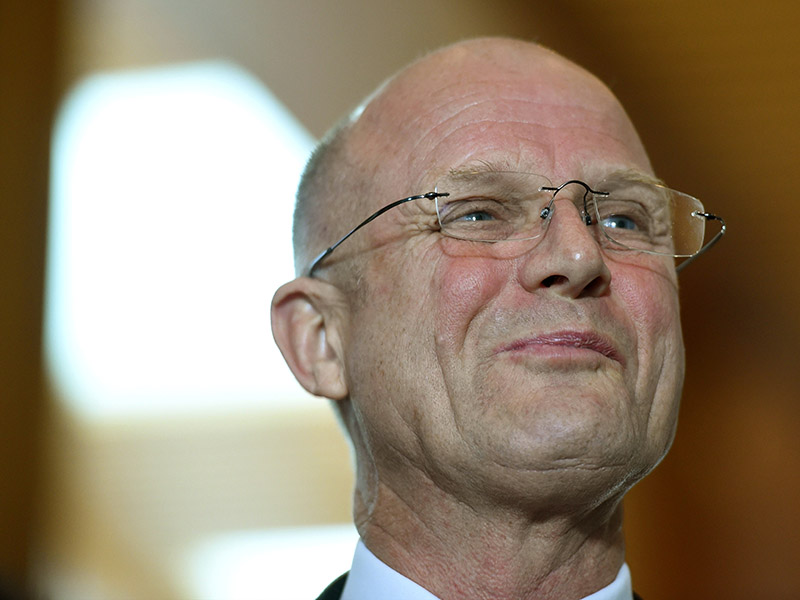 Much of the frisson seems to have gone out of politics. Distractions like Easter and Gallipoli and a government hunkered down preparing a “dull budget” all contributing to the eerie calm.

But make no mistake, it is a calm before a storm.

The first rumblings of thunder will be heard in the budget session. The last chance an embattled prime minister has to get it right.

The first bolt of lightning however, is likely to be the issue of gay marriage – or “marriage equality”, as its proponents prefer.

The Liberal Democrat senator, David Leyonhjelm has introduced his freedom to marry bill into the senate. He is holding back on any debate until he has assurances that Liberal parliamentarians will be given a free vote.

Leyonhjelm is confident that debate will be brought on in May and enormous pressure is mounting for Tony Abbott to abandon the “captain’s pick” binding his MPs and senators to bloc opposition.

The libertarian Leyonhjelm is threatening to withhold any future support for government legislation unless the conscience vote is granted. That’s no cheap threat, since he can usually be counted on to support the Coalition in tight senate votes.

The art house movie ‘Love is Strange’ currently showing around the country poignantly deals with gay marriage and points up the dilemma and contradictions facing Tony Abbott and his conservative supporters.

His crime – posting on Facebook pictures of his honeymoon after he married Ben, his partner of forty years.

Someone brought this open defiance of prescribed Catholic lifestyle to the bishop, who then enforced the church’s hard-line policy.

The Australian Catholic church along with the self-styled, Australian Christian Lobby (ACL) actively oppose any move to follow New York in ending discrimination against such unions.

One of the groups sharing this crusade is the National Civic Council. It was founded by the high profile Catholic activist B A Santamaria. He was also an early mentor of Tony Abbott.

Its current president Peter Westmore was recently confronted with the human dimensions of gay marriage.

Westmore attended and accepted the marriage of his daughter to another woman in New Zealand. The love of a father took precedence. But his head has not followed his heart.

The NCC is waging an email blitz against federal MPs and senators changing Australia’s marriage laws.

Tony Abbott similarly says he would attend a wedding ceremony for his gay sister Christine Forster, a Sydney Liberal city councillor, if he was invited.

He would even give a gift, he said last year.

But as it stands that wedding would have to be in New Zealand, thanks largely to the prime minister’s uncompromising stance.

Marriage equality advocates claim there has been a significant shift in numbers towards gay marriage in Liberal ranks.

That will be put to the test in the budget session. One Liberal already on the record supporting an end to discrimination is Malcolm Turnbull.

There is every chance gay marriage will be caught up in the government’s simmering leadership crisis.

Spain and Portugal see major leaps in monkeypox infections
Peter Dutton touted as next Liberal leader as he claimed victory in Dickson
Volodymyr Zelensky: How war will end as Ukraine ‘breaks backbone’ of Russian army
Jim Chalmers decries Coalition waste as Labor hits the hustings amid downpours in Queensland
Anthony Albanese, Scott Morrison cast their votes in Sydney
Australian aces at French Open out to show there’s life after Ash Barty
Why Joe Hockey must stop treating us like idiots
Today's Stories