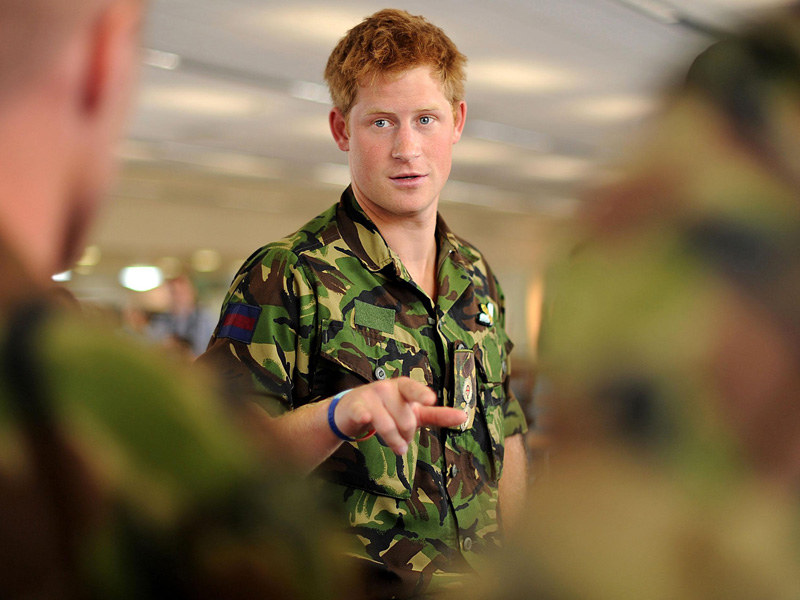 Captain Harry Wales will patrol the north with Aboriginal soldiers and train with special forces during his month-long secondment to the Australian Army beginning next week.

It will be one of the final chapters in the prince’s 10-year career in uniform before he leaves the British army in June.

His Australian tour begins with the laying of a wreath on the Tomb of the Unknown Soldier at the Australian War Memorial in Canberra on Easter Monday.

He will meet Governor-General Peter Cosgrove, tour the Afghanistan and World War I galleries of the memorial then greet the public, before officially reporting for duty at Defence headquarters at 10.30am.

Prince Harry, 30, will also be attached to units in Darwin, Perth and Sydney.

In Perth, he’ll undertake training activities with the Special Air Service Regiment and in Darwin he’ll head out with members of Norforce, the mostly indigenous unit that patrols northern Australia.

In Sydney, the prince joins the Holsworthy-based 6th Aviation Regiment and will train on helicopter simulators and possibly take part in flying operations.

As a veteran of two deployments to Afghanistan, the prince has a special interest in treatment of wounded soldiers. So all his Australian postings will involve visits to soldier recovery centres to view how Australia treats its wounded warriors.

The prince also will travel to Gallipoli to represent the royal family at the Anzac Day dawn service along with his father, Prince Charles.

His only scheduled public appearance will be on the first day at the Australian War Memorial.

However, he could end up socialising with members of his units.

Prince Harry’s spokesman said the royal had been looking forward to his attachment after working with Australian soldiers in Afghanistan, at the Invictus Games and during his 2013 charity trek to the South Pole with Walking With The Wounded.

“It’s an opportunity he has been keen to explore for quite some time now,” he said.

“He knows he will learn a huge amount from this experience.”