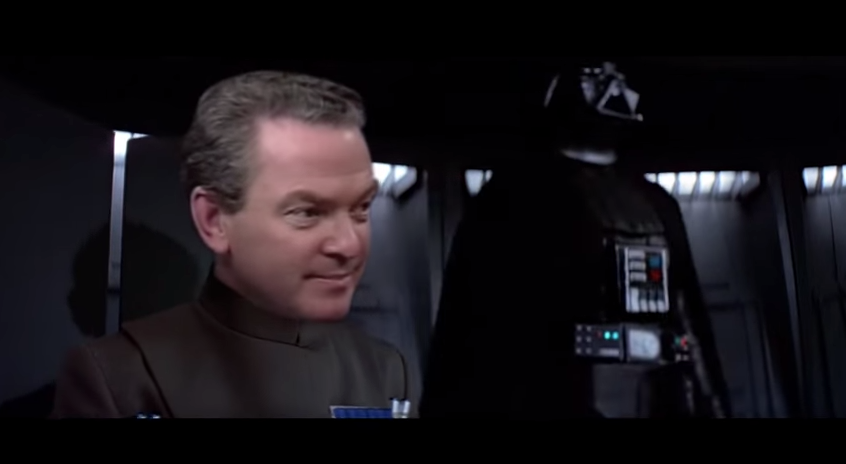 Education Minister Christopher Pyne has been immortalised as ‘The Fixer’ in a creepy new Star Wars parody video.

In the expertly-produced video, Mr Pyne appears as one of Darth Vader’s henchmen and tells members of the Empire he has cleared away a threat to the starship.

The clip comes after Mr Pyne’s now-infamous interview on Sky News where he declared himself “a fixer” after finding extra funding for research jobs he had previously threatened.

“I’ve fixed it,” Mr Pyne says at the imperial round table, as Darth Vader walks in.

Clearly unimpressed, an imperial colleague asks him: “How will the Empire maintain control without bureaucracy?”

“I want it to be a surprise for you,” Mr Pyne responds while smirking.

When another Empire henchman questions the Education Minister, Darth Vader sets upon him.

“I find your lack of faith disturbing,” the Star Wars villain says, as Mr Pyne laughs in the background.

Labor MP Tony Burke shared the video on his Facebook page on Sunday, where it has already been shared 5,000 times.

Mr Pyne seems to have adopted his new title of ‘The Fixer’, tweeting on Monday morning that he was available for a Star Wars sequel if director JJ Abrams wanted him.