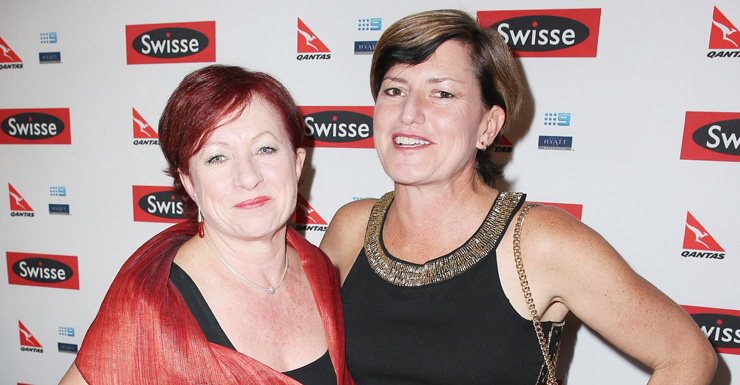 Tony Abbott’s sister will try to persuade the Prime Minister, who has previously described homosexuality as ‘a bit confronting’, to support marriage rights for same-sex couples.

Christine Forster, who is in a long-term lesbian relationship, has told Sky News that she hopes to change her brother’s mind.

“I absolutely will be lobbying my brother, and I hope the party room makes enough noise about this,” she said.

“I hope the party room tells him that they very firmly believe it’s a conscience issue, and he will abide by what they tell him.”

Another vote on changing the definition of marriage is expected soon in parliament after micro party Senator David Leyonhjelm prompted a second debate on his private member’s bill.

At this stage, Liberal Party backbenchers would be allowed to cross the floor to vote for the bill, but cabinet ministers would be forced to resign if they did so.

Last year, a high school student in Canberra cornered the PM about his long-stated opposition to allowing men to marry men, and women to marry women.

“But it’s a definitional thing.”

Gay marriage was defeated in Parliament in November 2014.

Tony Abbott’s sister will fight him on gay marriage