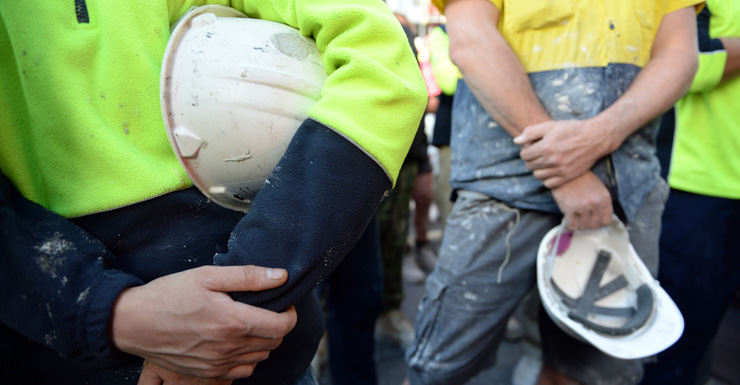 The Federal Government’s proposed overhaul of the workers’ compensation scheme has been slammed, with a review warning it fails the public interest test, and workers, small and medium businesses and taxpayers will suffer.

The report recommends the changes should be rejected, describing them as “a retrograde step that adopts a lowest common denominator approach to workers’ compensation”.

The McKell Institute report, Designing a Best Practice National Workers’ Compensation Scheme, was commissioned by the Electrical Trades Union to examine the impacts of the Safety, Rehabilitation and Compensation Legislation Amendment Bill 2014, which will be debated in the Senate this week.

• Two-for-one: ‘if Baird goes, so will Abbott’
• Abbott ‘has what it takes’ to win next election
• Former PM Malcolm Fraser dead at 84

Author of the review, Joanna Howe, a senior lecturer of law at the University of Adelaide, found the bill to disadvantage the majority of employers and workers, but big business was the winner.

“For workers, this plan would result in a national scheme that provides the least entitlements, has the least effective regulator, and the lengthiest dispute resolution process of all the workers’ compensation jurisdictions in Australia,” Dr Howe says.

“The vast majority of businesses would also be disadvantaged as only multi-state employers can move to the national scheme, reducing the premium pool of the state and territory schemes and resulting in increases premiums for the small- and medium-sized businesses that remain.

“It also shifts the cost of workers’ compensation claims from employers to the public purse as common law access is limited, increasing the cost burden faced by the NDIS, Medicare and welfare systems arising from work-related injuries.”

Employment Minister Eric Abetz was contacted for comment on Sunday by The New Daily, however he is yet to respond.

There are 30 large companies allowed to self-insure for workers’ compensation under national laws – including Telstra, Optus, National Australia Bank and Australia Post.

The bill, if passed, will throw open the doors for another estimated 2000 companies to self-insure and leave state schemes.

“We believe it gives businesses an opportunity to make a commercial decision to participate in the commonwealth scheme, allowing them to weigh up the costs and the benefits,” ms Davis says.

“The vast majority of businesses in Australia operate within a single jurisdiction, so are not directly impacted.

“The bill does not provide a solution for all multi-state employers as the costs of self-insurance may outweigh the benefits. Businesses should be allowed to make this decision themselves.”

The McKell Institute report warned that under the proposed scheme, Comcare could potentially be responsible for 67 times its current workload capacity.

Dr Howe said the human and economic impact of workplace injury was impossible to ignore, and highlighted the importance of a well-designed workers’ compensation system.

Education Minister Christopher Pyne, who introduced the bill in Parliament, said Labor had closed entry into the national scheme in 2007 as a result of pressure from union leaders, Fairfax reports.

“This bill, if enacted, will directly and indirectly risk the workplace health and safety of Australian workers. It will also remove the rights of Australian workers to fair and reasonable cover when they suffer the misfortune of a work-related illness or injury,” Mr O’Connor said.

“As a consequence of the proposed legislation there will be workers – who want nothing more than to earn a dignified living – who will in future bear the full brunt of work injuries for life without any assistance from a workers’ compensation scheme.”

The report made several recommendations for the Federal Government, saying it should pursue a bipartisan, fact-driven approach to creating a nationally consistent workers’ compensation framework.

The Business Council of Australia and the Australian Chamber of Commerce and Industry have been approached for comment.