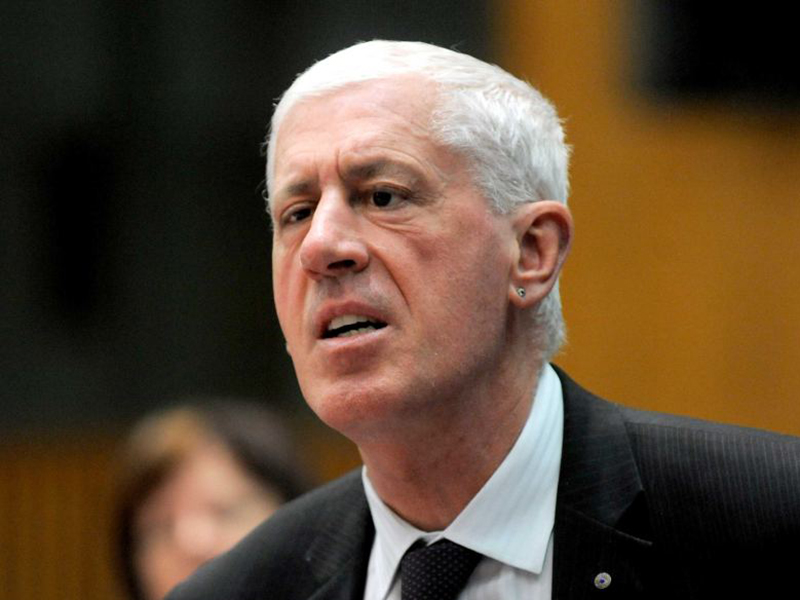 Ms Triggs was heavily criticised by the Abbott Government for her Forgotten Children report, which called for a royal commission into the detention of children under both Labor and Coalition governments, and was labelled a “transparent stitch-up” by Prime Minister Tony Abbott.

But former disability discrimination commissioner Graeme Innes said the Moss review into sexual abuse in Australia’s detention centre on Nauru showed the Government was wrong in its criticism of the commission and Ms Triggs.

He also said the allegations detailed in the Moss review further exposed the treatment of asylum seekers in immigration detention.

“This report confirms that. And it’s just another independent source of advice confirming that, as Australians, we should be very concerned about the way that we’re treating people who’ve done nothing wrong, who have just left very difficult situations in their own countries and sought asylum with us,” he said.

It confirms, really, the sorts of criticism that Gillian Triggs and the Human Rights Commission made of the system generally.

“The Government was mistaken in criticising Professor Triggs anyway, irrespective of the findings of this report. That was a totally inappropriate action by the Attorney-General and the Government.”

“It confirms, really, the sorts of criticism that Gillian Triggs and the Human Rights Commission made of the system generally,” he said.

“The Nauru facility is an appalling facility. It’s not a proper place to hold children.

“The evidence is all one way and it’s an extreme discredit to Australia that we should be party to this sort of behaviour and treat people in this way.

“It’s particularly, I suppose, ironic that … this report should have been released on the day of Malcolm Fraser’s death. Because Malcolm himself had made it very clear what his views were about this.”

Former integrity commissioner Phillip Moss found that at least three women had been raped inside the centre and he raised concerns that assault was likely to be under-reported because detainees were worried about their refugee status.

Mr Moss detailed one allegation that a female asylum seeker was asked to expose herself in return for longer showers.

Immigration Minister Peter Dutton urged people in the centre to report sexual abuse, saying “sexual assault of any nature is not to be tolerated and never will be”.

“My strong pleading to people is: if at all possible, please make the approach to the appropriate authority,” he said.

Greens senator Sarah Hanson-Young described the culture inside the Nauru detention centre as “toxic and dangerous … and the situation remains murky”.

The review found a number of staff from the centre’s operator Transfield and security provider Wilsons have been sacked for misconduct. The Government said it retained confidence in both providers.

The review also cleared 10 Save the Children staff from any suggestion that they coached the detainees into self-harming to embarrass the Coalition Government.

The Government is set to implement the 19 recommendations, many of which call for better training for centre staff and Nauruan police and officials. Others focus on child protection.

The earlier Forgotten Children inquiry interviewed children in detention under both Labor and Coalition governments and, through its report, documented hundreds of cases of assault and self-harm and found long periods of detention were damaging to children.

The Government had questioned the timing of the report, calling it “partisan” and saying the Human Rights Commission ought to be ashamed of itself.