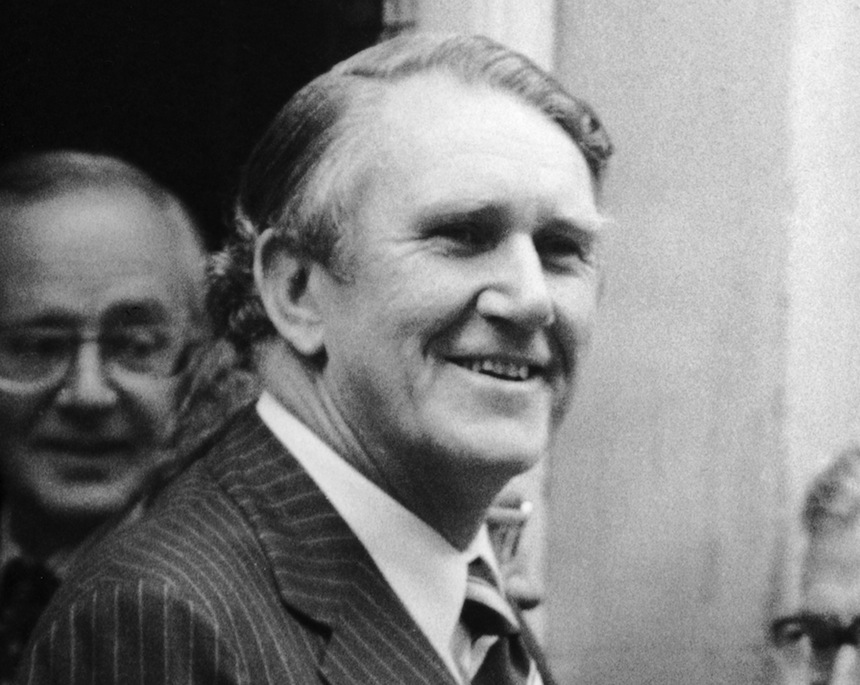 Nowadays Malcolm Fraser is probably best remembered for his role in the dramatic downfall of the Whitlam government.

But he was also prime minister of Australia for more than seven years, and during that time he achieved a great deal, consolidating many of Gough Whitlam’s radical social policies while tempering them with a more prudent economic policy.

In so doing he paved the way for a progressive, open, modern Australia.

Here are some of his major achievements, whose effects can still be felt today.

It was Malcolm Fraser’s Coalition government that set up the Human Rights Commission in 1981. Fraser also established the position of Commonwealth Ombudsman in 1977, a body which acts as a mediator between government agencies and the public when disputes arise. In addition, Fraser was a staunch opponent of South Africa’s racist apartheid regime.

It was Gough Whitlam who abolished the White Australia policy and opened the doors to a multicultural Australia; but it was Malcolm Fraser who consolidated this radical shift and oversaw a genuine change in Australia’s cultural make up. Under his prime ministership, 200,000 Asian migrants made Australia their home, including more than 50,000 Vietnamese refugees.

His government also set up the Australian Institute of Multicultural Affairs.

Given the current Liberal Party’s anti-environmentalist rhetoric, it is remarkable how proactive the Fraser government was on environmental matters. It was Fraser’s Liberals that banned whaling. They also signed international conventions against trading endangered species and protecting seals in the Antarctic.

More controversially, Fraser was the first prime minister to permit uranium mining in Australia, including in the Jabiru region in Arnhem Land in the Northern Territory. Alongside this, however, he also founded the Kakadu National Park.

Whitlam opened lines of communication with China, and Fraser kept them open, visiting the nation in 1976. In doing so, he continued Australia’s move away from Europe towards Asia, a policy which led eventually to the Abbott government’s free trade agreements with China, Japan and South Korea.

But Fraser’s Asia policy had its controversial elements. In the interests of good relations with Indonesia, Fraser did not support East Timor when Indonesia invaded. He also opposed Vietnam’s invasion of Cambodia which led to the deposing of Pol Pot and the Khmer Rouge.

Fraser inherited an economy in turmoil. Gough Whitlam’s massive spending program had left the budget in crisis and the economy in recession. By reducing spending and the size of government, Fraser managed to reduce the budget deficit from 4.8 per cent to one per cent of gross domestic product. However, under his rule inflation remained high at 10 per cent, while spending cuts led to unemployment of above 6 per cent. When Fraser left office in 1983, the economy was once more in recession.

It was during Fraser’s rule that global economic thinking took a radical new turn towards deregulation and a faith in free markets. Under the influence of right-wing economist Milton Friedman, leaders like the UK’s Margaret Thatcher and the USA’s Ronald Reagan took their countries in radical new directions, paving the way for what is now called globalisation. Fraser’s treasurer, John Howard, was a subscriber to this new thinking, but Fraser was antipathetic. Ironically, it was the Hawke-Keating government that took Australia into this new liberalised global economy.

Matildas will be keen to forget 7-0 drubbing by Spain
Upcoming stats will reveal where and how hard rates are hitting economy
Victorian MPs pocket a tidy 2.75 per cent pay raise
Reserve Bank review isn’t a ‘get the governor’ exercise: Jim Chalmers
‘Violence for weeks’ feared after landmark US abortion ruling
Aussie Hannah Green within striking distance of Women’s PGA Championship lead
How ‘divisive’ Fraser repaired his image
Today's Stories