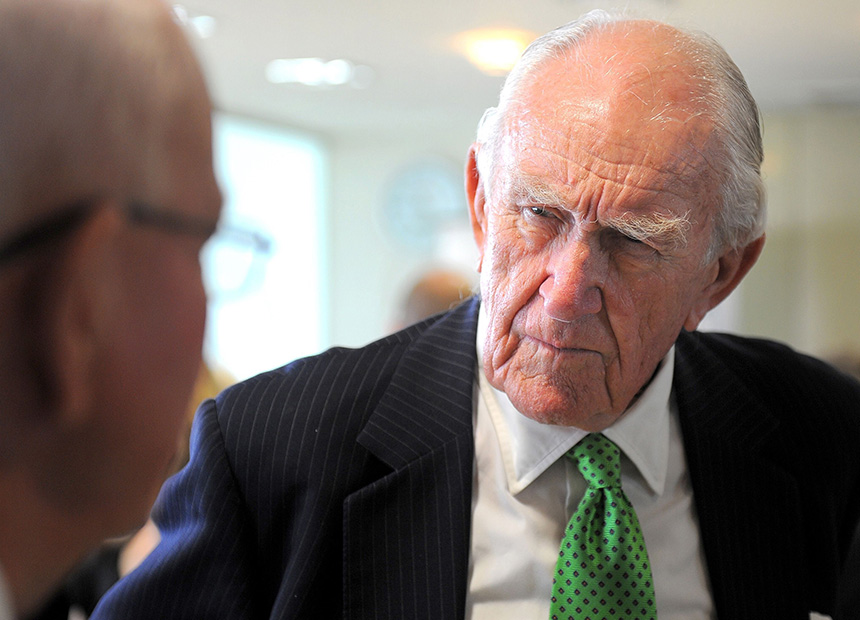 Former Liberal Prime Minister Malcolm Fraser has passed away on Friday morning at the age of 84.

A statement from his office said he had battled a short illness and described his passing as a “shock”.

“It is with deep sadness that we inform you that after a brief illness John Malcolm Fraser died peacefully in the early hours of the morning of 20 March 2015,” the statement read.

“We appreciate that this will be a shock to all who knew and loved him, but ask that his family be left in peace at this difficult time.”

His passing comes just five months after the death of political foe former Labor prime minister Gough Whitlam, who passed away at the age of 98 in October.

Mr Fraser was one of Australia’s longest serving prime ministers, holding office between 1975 and 1983.

Tributes have poured in for the leader who transcended all sides of politics, with Liberal, Labor and Greens figures calling him a “true gentleman” and “a giant in Australian politics”.

Former Labor Prime Minister Julia Gillard praised Mr Fraser for his brave policies, and said he had changed the world for the better.

“Malcolm Fraser in and beyond politics was a leader in the fight for racial equality,” Ms Gillard said in a statement.

“His brave stance against the evil of South Africa’s apartheid helped change the world for the better.

“Today we remember all of Malcolm Fraser’s life and works with respect.”

Greens Senator Sarah Hanson Young said she was “devastated” over the news of his death.

“A true gentleman with a heart full of empathy.”

“I was very close with Malcolm, believe it or not,” Mr Cameron said on Friday morning.

“Australia has lost a great voice for human rights.”

The Liberal stalwart was a prolific political commentator in his twilight years, often sharing his views with his 44,000 Twitter followers.

Just on Wednesday, Mr Fraser tweeted an article about Australia needing to change its relationship toward China.

Time for a new China vision – Asia and the Pacific – ANU http://t.co/vbSJiGDcmW

Are you angry about what the Abbott government is doing to Australia? Then join the Labor party Today’s Labor is similar in too many ways

Mr Fraser had in recent times been a critic of the current Coalition government, and just last month, called Prime Minister Tony Abbott a “bully-boy” on the issue of immigration detention.

In 2010, he spectacularly quit the Liberal Party upon Mr Abbott becoming opposition leader, saying he believed the party had become too conservative.

He was controversially sworn into power in 1975 as caretake prime minister after the Whitlam government was dismissed.

He is survived by his wife Tamie Fraser, and four children Phoebe, Mark, Angela and Hugh.

“More than anything else, he was a leader. He was prime minister for a long time – seven years. I think we forget just what an achievement that was.”

“He was a man of great principle and strong views.”

Treasurer Joe Hockey said Mr Fraser was an “overwhelming presence” and a man with “robust principles”.

“He was a very strong character who was never afraid to stand up for what he believed to be right,” Mr Hockey said.

He said the loss of both Mr Whitlam and Mr Fraser was “the end of an era”.

“They were two towering figures. They created a huge impression on many generations of Australians.

“It was a great honour to meet them both.”