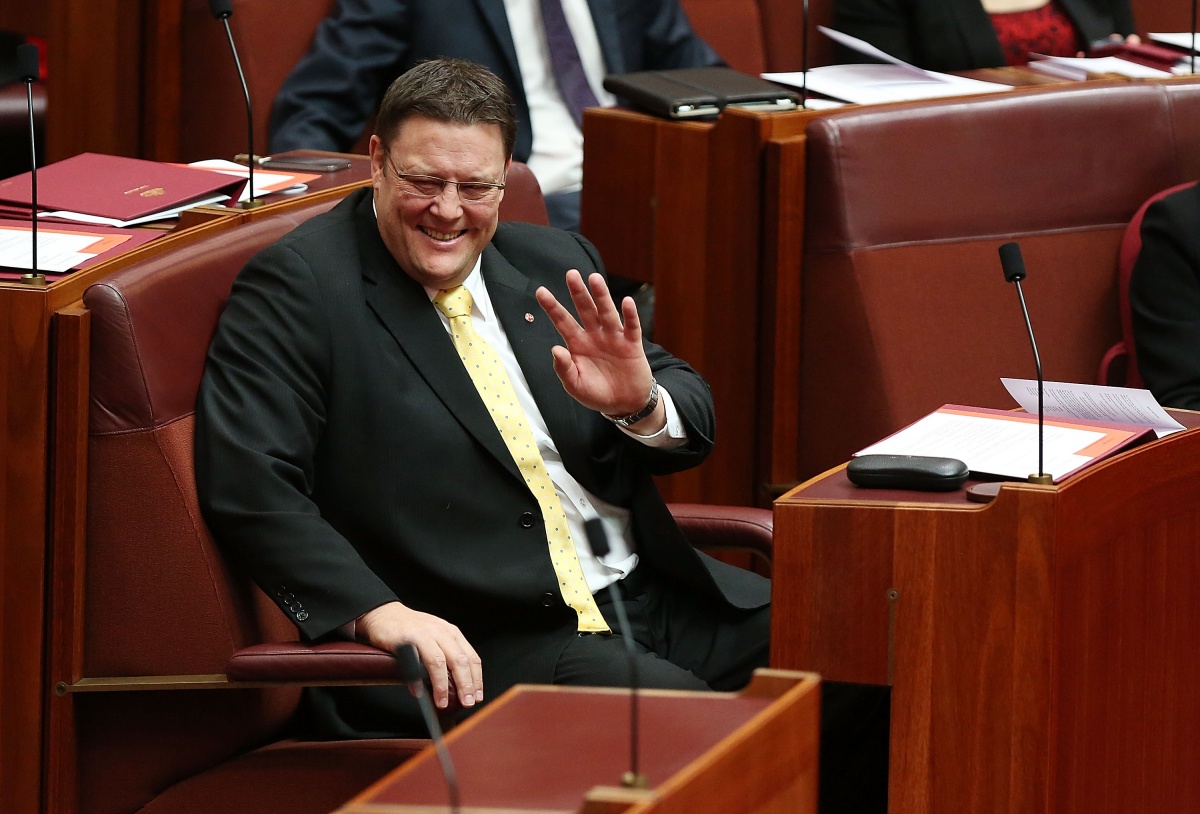 Queensland Senator Glenn Lazarus has resigned from the Palmer United Party, saying he didn’t like the way the party was run and had been considering quitting for “quite a while”.

Palmer United Party national director Peter Burke has retorted by alleging the Senator quit, however, because the party sacked his wife, accusing him of putting personal interests first.

“This was done primarily because she failed to comply with the terms of her employment,” Mr Burke said in a statement.

“Senator Lazarus’ resignation followed thereafter, with the reason being self-evident.”

The Palmer United Party endorsed Tess Lazarus as the party’s candidate for the Sunshine Coast seat of Buderim before the January Queensland state election.

Mr Burke said Senator Lazarus’ statement showed his reasons for quitting the party “were not related to political matters or to the duty he had to promote party policy”.

“The party made the correct decision in terminating Tess Lazarus’ employment. It is disappointing that politicians put their personal interests above those who elect them.”

Speaking on Brisbane radio station 4BC on Friday morning, Senator Lazarus said his wife’s dismissal was “one of many” things that caused him to resign.

“Waking up to announcements I had no idea [about] wasn’t a good look and it certainly wasn’t a way our party should be run,” Senator Lazarus said.

He made the “difficult” announcement on Facebook in the early hours of Friday morning, and confirmed he would continue to purse his Senate role as an independent.

In a statement, Mr Palmer accused several of his candidates of being “opportunists interested in themselves more than the ideas the party represented”.

“I am confident at the next election our team will be stronger, tougher and more importantly, committed to what we stand for without the individuals mainly concerned with themselves and what they can get.”

Senator Lazarus’ decision to quit the Palmer United Party will come as a blow to the party’s power in the Senate after the resignation of Tasmanian Senator Jacqui Lambie in November last year.

Senator Lambie praised Senator Lazarus as a good man and said she knew how much pressure he was under.

“Whatever pressures and problems Glenn now faces, he’s a proud Queenslander and a tough man,” Senator Lambie said in a statement.

“Glenn Lazarus will always put Queensland first. His star is about to shine even brighter.”

The former rugby league footballer entered politics at the 2013 federal election and was the Palmer United Party leader in the Senate.

“I am deeply grateful to Clive Palmer for the opportunity to be involved in the party.

“I am determined to do my best in representing, and being a voice for, the people of Queensland in the Australian Senate.”

Senator Xenophon said he thought the relationship between Mr Palmer and the PUP senator was “reasonably solid”.

The decision is expected to make Senate negotiations more difficult, with Senator Xenophon warning that the Coalition government will no longer be able to “take for granted” what Senator Lazarus will do.

Western Australian Senator Dio Wang is the only Palmer United Party representative who remains in the upper house.

Senator Lazarus said he would miss working with Senator Wang, who he called an “esteemed colleague”.

He has already amended his twitter account, which now states he is an independent senator for Queensland.

In November, Senator Lambie blamed her resignation on an inability to vote in ways that would give her state of Tasmania “the best chance of recovering and once again becoming prosperous”.

Another defector from Palmer’s shrinking party