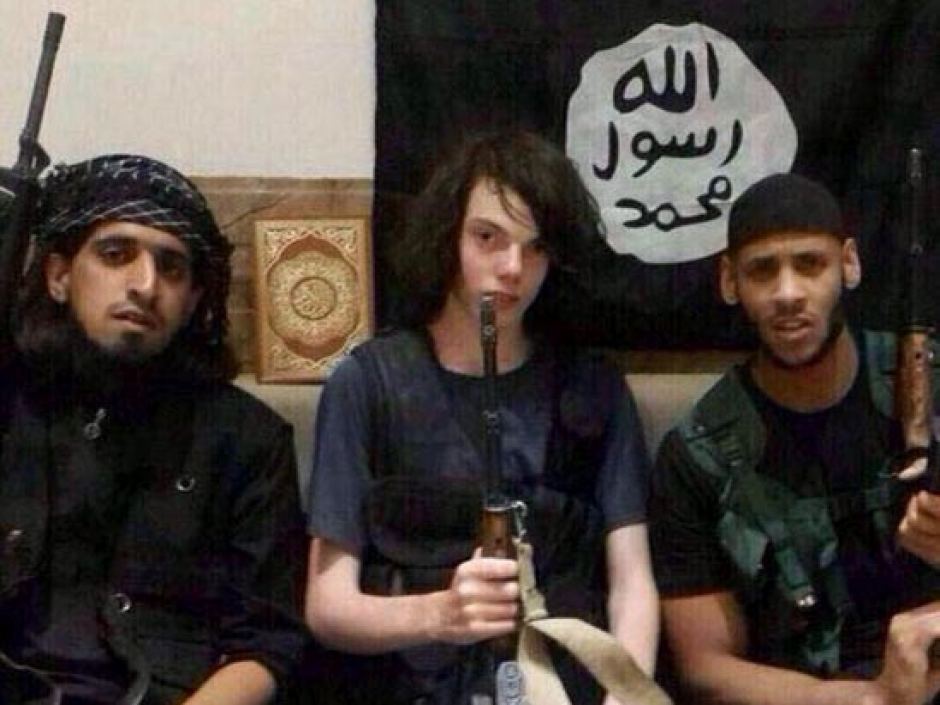 The reasons why an 18-year-old suburban boy from Craigieburn wanted to stage a string of bombings across Melbourne in the name of Islamic State (ISIL) are slowly being revealed.

On Thursday afternoon it was confirmed that Jake Bilardi, who has been linked to a suicide bombing attack in Iraq, left materials for improvised explosive devices at his family home before going to Syria.

According to a post on what is believed to be the teenager’s blog, he wrote he had wanted to stage a “string of bombings across Melbourne, targeting foreign consulates and political/military targets as well as grenade and knife attacks on shopping centres and cafes and culminating with myself detonating a belt of explosives”.

It is understood Bilardi’s family in Melbourne located the devices and alerted authorities.

Authorities are currently trying to confirm the teen’s death.

“The central core of ISIL sees individuals put out there and out in the line of fire,” Dr Jones told Sky News.

Following the discovery of explosive device materials at Bilardi’s family home, Australian authorities began attempting to track his movements in the Middle East.

Although it has been reported Bilardi planned to conduct terrorist attacks in Australia, news of the discovery of the bombs is the first evidence this went beyond mere intent.

Dr Jones said the government needs to do more on frontline programs, so communities can intervene before it’s too late, rather than relying on military intervention.

He said people from a range of backgrounds and classes are being recruited to fight with ISIL, so the government’s approach needs to adapt and focus on the individual.

“This year will be a year for lone terrorists, we’ve seen that already before and we will see more in the future,” Dr Jones said.

“I think what we need to do is, because he’s (Bilardi) been radicalised by social media, we have to get down to the causes of why they are seeking a new path with ISIL, how do they get to this point?”

It is believed that the death of Bilardi’s mother in 2012 played a role in him converting to Islam.

Victoria Police released a statement on Thursday that said although bomb-making equipment was found, no explosive device was discovered at the house.

“Victoria Police first became aware of Jake Bilardi when he was reported as a missing person in late 2014,” the statement said.

Inside the mind of an Islamic fighter

A young man who resembles Bilardi was pictured on social media overnight Wednesday, in the driver’s seat of a white car; the picture was inset into another photo of the white four-wheel drive.

The picture was posted online accompanied by messages saying the youth had carried out a “martyrdom”, similar to previous ISIL propaganda associated with suicide attacks.

It features a young, long-haired white man dressed in green fatigues and identified by ISIL as Abu Abdullah al-Ustrali – Bilardi’s name in the terror organisation.

According to the teen’s blog, he wrote: “I want to tell you my story, how I came from being an atheist school student in affluent Melbourne to a soldier of the Khilafah preparing to sacrifice my life for Islam in Ramadi, Iraq.”

He had wanted to stage a “string of bombings across Melbourne”.

He notes he was “waiting for my turn to stand before Allah” and there was a “current waiting list of 12 martyrdom bombers, of which I am one”.

“If these reports are confirmed, this is another tragic example of a young Australian being lured to a senseless and violent death by a brutal terrorist organisation that is intent on imposing suffering and misery, not only in Iraq and Syria, but beyond,” she said.

Ms Bishop said she had been aware of Bilardi’s presence in the Middle East for a number of months.

“Indeed, we are aware that he travelled overseas last August,” she said.

“In October, on the advice of our security agencies, I cancelled his Australian passport.”

“It’s very, very important that we do everything we can to try to safeguard our young people against the lure of this shocking, alien and extreme ideology,” he said on Thursday.

Why did this teen want to blow up Melbourne?