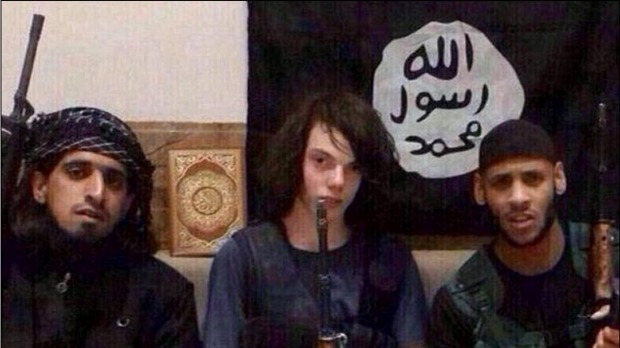 A non-Muslim teenager from the Melbourne suburb of Craigieburn has been identified by Fairfax as the same boy pictured in an Islamic State photo last year.

The 18-year-old boy has been identified by friends and family members as a “gifted” Melbourne teenager who dropped out of school to fight with the Islamist group last year.

“Jake” reportedly converted to Islam at the age of 16 before buying a one-way ticket to Istanbul last year, with his family reportedly “worried sick” for his wellbeing.

A school friend who spoke anonymously to Fairfax said the boy had made his own choice to leave and was not pushed into joining the Islamic State group.

According to the report, Jake told his family he was going to Istanbul to work as a journalist before he disappeared and closed all his social media accounts.

He reportedly contacted his family two months later to tell them he was in Iraq, and according to the Fairfax investigation, has been documented as crossing the Syrian border.

The 16 and 17-year-old were allowed to leave the airport with their families and were issued Court Attendance Notices.

The ABC has since spoken to two people who know Jake and confirmed he was the young man captured in the IS picture.

Angela Scaffidi met Jake in 2012 when he did work experience at corporate communications firm Senate SHJ.

“He did some work experience with us, he’s a special young man.

“He was quite a talented writer and a nice young man.”

Ms Scaffidi said Jake also had a blog and wrote about Australian and international news.

“It was quite factual, it didn’t have an ideological slant,” she said.

“His idea was to blog away to get into journalism.”

Another person who met Jake in 2012 described him as an “awkward” teenager.

A spokesperson for the Australian Federal Police said they were aware of the matter but would not confirm nor deny who they were investigating.