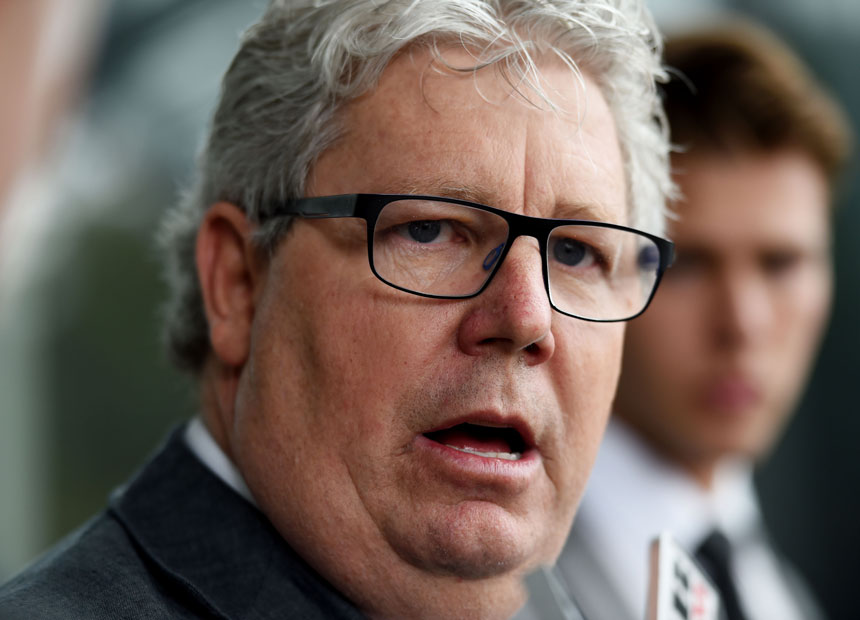 The ACTU will follow this week’s mass protest rallies around Australia with an “online war” as the next phase of its campaign to help defeat the Abbott government at the 2016 federal election.

ACTU secretary Dave Oliver revealed that digital media such as Facebook and Twitter would be a crucial front in the union campaign, while unions would also conduct grassroots campaigning in 32 marginal seats.

“We will also be launching an online war,” he said. “Online activism is going part of the frontline of this campaign.”

• Union to Shorten: start energising your differences with PM
• Why did the AFP hand over the Bali Nine?

Mr Oliver gave an insight into the union strategy while speaking at national conference of the Australian Workers Union, including that unions had run a lobbying campaign to prevent the government passing more workplace legislation through the Senate.

“We know with our strategy to stop the bills we would only have to convince three cross bench senators to back us in,” he said.

“A key part of that has been building our relationships with these cross bench senators. We have a good relationship with Clive [Palmer], with Jackie [Lambie], with Ricky Muir, with Glenn Lazarus and Nick Xenophon.”

“And I’m pleased to say that we’ve 100 per cent strike rate. The government has not been able to pass one bit of [workplace] legislation as a result of our effective campaigning.”

Mr Oliver showed a slide during his speech which revealed that union supporters had sent about 20,000 emails to cross bench senators and made 800 telephone calls, while state trades and labour councils were working on “adopt a senator” relationship building.

“We’ve got social media reach of 1.2 million people,” he said.

“Every sitting week in Canberra there’s someone from a union movement out there, talking to these cross benchers about the various bits of legislation.

“What works well is when we’ve got real stories, real people in front of these cross benchers telling their story … That gets the point across.”

After his speech, Mr Oliver told The New Daily that the ACTU would coordinate its online activity mostly through social media.

“We had a meeting two weeks ago where we had 70 online campaigners from different unions right around the country,” he said.

“Part of the strategy is, we’ll identify activities and we will give them various tasks to do. It can range from sending an email to your local MKP around a particular issue, or promoting a union event that might be happening, whether it’s a workplace meeting or a national day of action, to get people online promoting that.”

The ACTU recently conducted a survey of more than 50,000 people, which found widespread concern over living standards. These findings will form a crucial part of the union campaign.

“There’s a genuine fear about growing inequality in this country,” Mr Oliver said in his speech.

“People are clearly of the view that the big corporations are too influential. But overwhelmingly people have a fear that we are heading down the path of the United States, the Americanisation of society.”

Labor’s recent election wins in Queensland and Victoria included successful campaigning in marginals by unions, which are running an anti-privatisation agenda in the current NSSW election campaign.

Unions have already decided to target four federal seats at the federal election in 2016 – of Deakin, Corangamite, La Trobe and Dunkley.

The bigger battlegrounds will be in Queensland and NSW where unions will target 10 seats in each state, which have yet to be named.