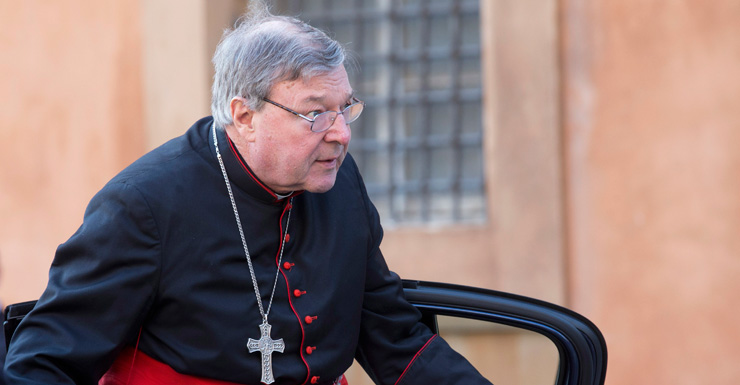 Prominent Australian catholic Cardinal George Pell has strongly denied claims that he defied a Papal order by embarking on a spending spree.

Last year, Pope Francis tasked the high-profile Sydney religious leader with cleaning up the holy city’s finances after a series of corruption and waste scandals, ordering him to find more funds to give to the needy.

On Friday, Italian magazine L’Espresso published leaked documents alleging that the Vatican Secretariat for the Economy spent $500,000 after Cardinal Pell took on the job.

The Pope has confronted Cardinal Pell about his spending, the magazine alleged, which reportedly included business class flights, $87,000 on new furniture, $6650 on a kitchen refurbishment, $21,600 per month on an assistant, and $2800 on tailored robes.

In a statement, Cardinal Pell’s office dismissed the allegations as “completely false”.

“Since March 2014 when the secretariat was initiated, the operational costs of the secretariat, which include some initial set up costs, were in fact below the budget set when the office was established.

“The secretariat currently has 12 staff working on implementing new financial management routines to improve transparency and accountability. The secretariat will shortly present to the Council for the Economy the Audited Financial Statements for 2014. This will include a detailed account of all Vatican entities, including the Secretariat for the Economy.”

Cardinal Pell denies spending on himself rather than poor