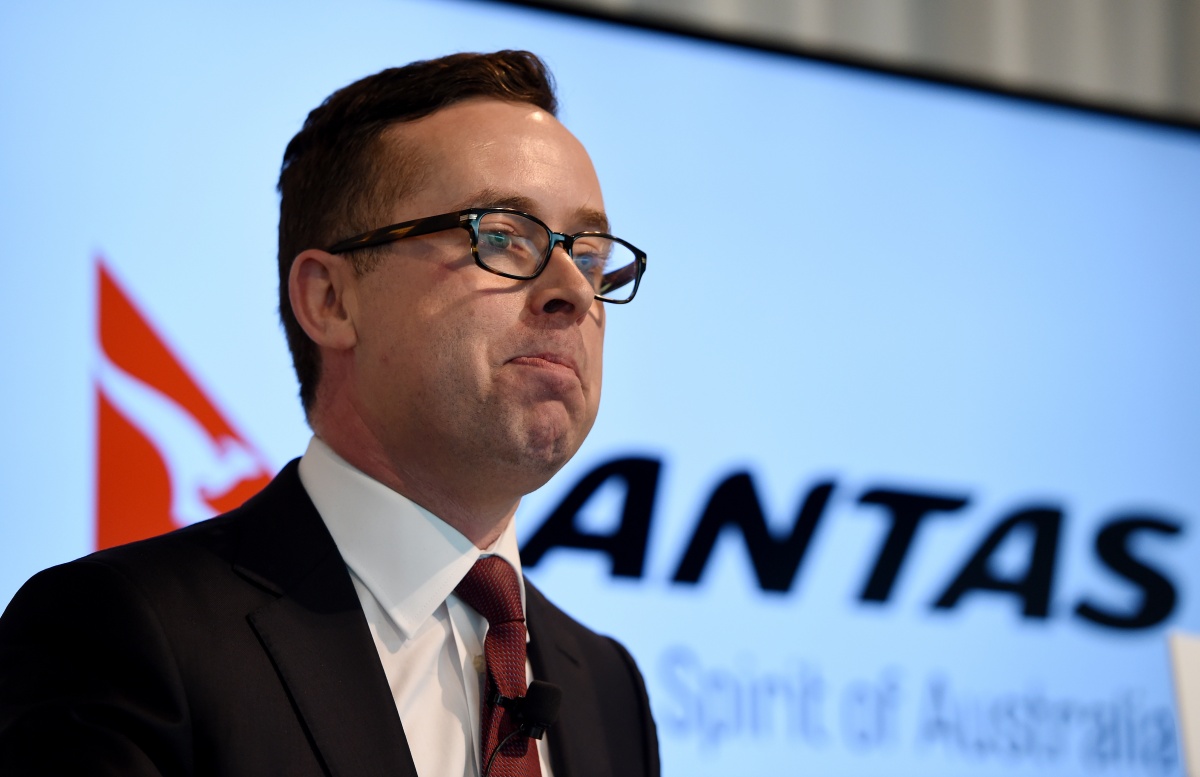 As Qantas emerges from one of the most turbulent periods in its history with a strong profit result, industry experts question whether CEO Alan Joyce can deliver more good news without further damaging the airline’s reputation for safety and service.

The national carrier announced a first-half profit of $367 million on Thursday, driven by cost savings from a $2 billion transformation program, lower fuel prices, and stronger returns in Qantas’ domestic and international businesses.

Last year Qantas recorded a loss of $2.8 billion, which some feared could signal the end for the flying kangaroo, following a $235 million half-year loss for the six months to December 2013.

However, the “painful” program, as Mr Joyce calls it, continues to cut expenses, freeze capacity and slash jobs – with 3800 employees already gone.

Despite the good result, Mr Joyce, who faced a barrage of calls for his resignation after last year’s massive loss, warns the pain is not over.

“We knew it was a big task, a transformation of this size is never easy, but we had absolute confidence in our ability and our people’s ability to deliver,” Mr Joyce told the ABC.

“We’re not there yet. This is only year one of a three-year transformation program.”

Tony Sheldon, National Secretary of the Transport Workers Union, which represents Qantas ground staff, admits to “relief” that the airline is returning to financial health, but says it has come at a cost to service quality.

“They need to turn around and make permanent, well-trained jobs in this company, because we’ve seen mistakes in the transformation program, and some things that have worked,” Mr Sheldon says.

“What hasn’t worked is that they’ve managed to make redundancies, while at the same time permanent staff are replaced by two or three part-time employees.

“That’s not about providing better service and better trained employees.”

“These are additional costs to the business and they are replacing them with two to three casual employees to do that job,” Mr Sheldon says.

Tony Webber, a former Qantas chief economist, told The New Daily the transformation program has removed the “brains of the business”.

Although Dr Webber agrees with the need for internal restructuring, he fears good decision-makers at the top were sacrificed during the staff redundancies – removing two chief financial officers, the former CEO of Qantas International and other upper-level staff.

“The brains of the business have left,” Dr Webber says.

“They (remaining staff) will have to do twice the work and they will start making poor decisions, and make mistakes. That’s the only risk of shedding labour.”

Aviation analyst Neil Hansford agrees, telling The New Daily that “Qantas may have had rain, but the drought is still there”.

Flying toward clear or cloudy skies?

Dr Webber says there are external factors out of the company’s control that will need to be monitored that have contributed to Qantas’ first-half profit.

He says the boost in profit has been helped by the removal of the carbon tax (which saves $59 million) and lower fuel prices (saving $33 million), meaning the Australian economy will be the biggest risk for Qantas during the next 12 months.

“It’s obviously a significant improvement, but they still haven’t reached what the analysts call ‘cost of capital’, which won’t please the shareholders,” Dr Webber says.

“They will need to earn over $2 billion over an annual period to reach that.”

Dr Webber says the things they can control is price, capacity and fleet, marketing and labour decisions.

“I think they need to be more conservative with their capacity and seat numbers and try not to grow too quickly. At the moment they are aiming for five per cent growth per year which is too much,” he says.

“They need to do what Air New Zealand’s done, which is to be significantly more conservative on their capacity growth.”

Qantas finds clear air, but at what cost?