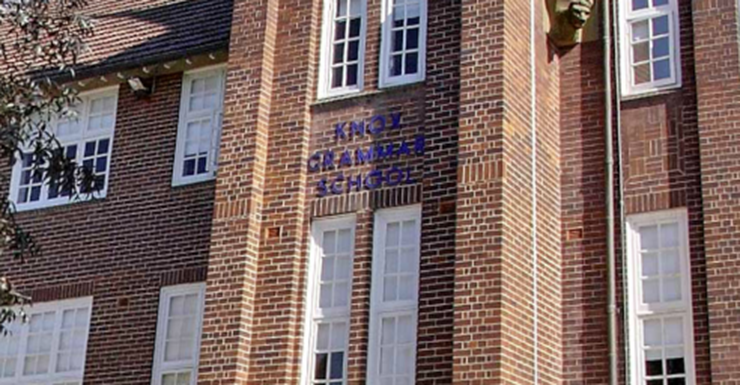 In his opening statement on Monday counsel for the commission David Lloyd said five teachers at Knox Grammar School, in Wahroonga on Sydney’s north shore, were convicted of sex offences against students.

There would be evidence of abuse by a further three teachers who were never charged, he said.

The elderly father of a former Knox Grammar student has told an inquiry into alleged sexual abuse at the school that his adult son died as a result of trauma inflicted by paedophile teacher Barrie Stewart.

Dr John Rentoul, 80, a former assistant principal at the elite boys’ school, told the Royal Commission into Institutional Responses to Child Sexual Abuse, he worked with three of the five former Knox teachers who were later convicted of abusing students over a 33-year period.

Dr Rentoul said his son, David, found his abuser’s criminal trial difficult and that he was diagnosed with post traumatic stress disorder.

Stewart received a suspended sentence on charges including indecent and sexual assault.

The inquiry has been told that of the five Knox teachers convicted of offences against boys as young as six at the school only one, Craig Treloar, received a jail sentence – four-and-a-half-years.

“I absolutely believe that the extreme guilt, stress and shame David suffered as a result of the abuse directly led to his health issues…and resulted in his death,” Dr Rentoul said.

“As a former headmaster myself, it seems extraordinary and reprehensible that these men continued to teach at Knox and abuse students.”

Counsel assisting Lloyd said the inquiry would hear evidence that several former students approached police in 2009 and said they were sexually abused at the school.

“The abuse was perpetrated by these teachers between approximately 1970 and the year 2003 – a 33-year period,” Mr Lloyd said.

“It is anticipated that the evidence will show that during that period the school did not notify the police of any incident of child sexual abuse.”

Earlier, the commission heard from a former student of the Uniting Church-run school who said he was repeatedly assaulted by a teacher in the late 1970s.

The man known as A-R-Y said he was too scared to come forward at the time because the independent boys’ school had a culture of “blaming the victim”.

A-R-Y told the Sydney hearing a teacher openly groped students – and that must have been obvious to other teachers and then principal Ian Paterson – who was the school’s headmaster from 1969 to 1998.

“I can not believe that Paterson and other long-term staff had no idea that sexual abuse was happening at Knox,” he said.

The inquiry has heard abuse by former teachers and boarding house masters included boys as young as six being fondled, masturbated, forced to perform oral sex and watch pornographic videos.

One child was also photographed and filmed in an explicit video inside a teacher’s office, the inquiry heard.

Mr Lloyd said Dr Paterson was given a report around 1986 by teacher and former police officer Stuart Pearson revealing serious allegations about Adrian Nisbett, who was later convicted of sexual assault.

The report found that Mr Nisbett was targeting young boys who were good at sport and recommended that he be removed from the boarding house.

“That report has gone missing, without explanation,” Mr Lloyd said.

Counsel for Knox Grammar Geoffrey Watson SC earlier delivered an apology on behalf of the school for failing to protect its students from sexual abuse by teachers, members of what one student described as a paedophile ring.

The hearings in Sydney are set down for two weeks.