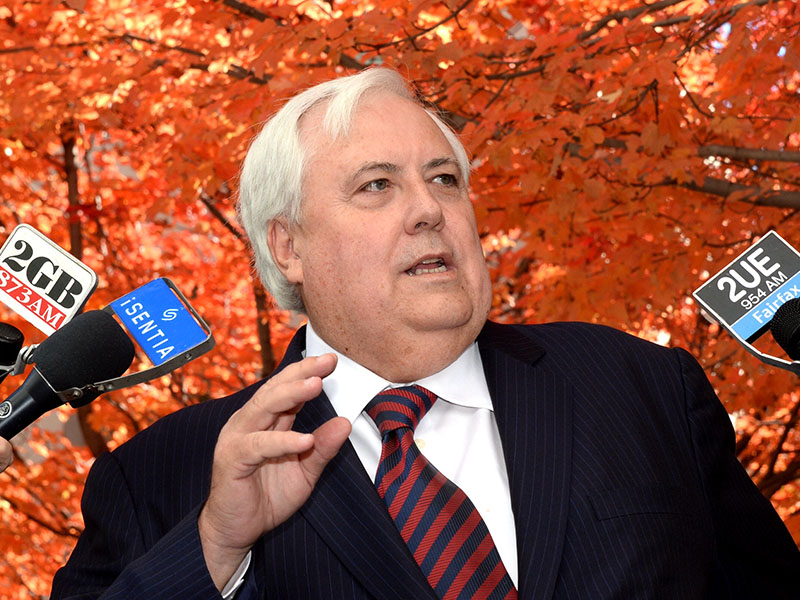 Palmer United Party’s leader thinks it’s time to throw out Treasurer Joe Hockey, saying he is foolish to think he can get his unpopular budget through the Senate.

Mr Hockey has declared the government will persist with the Medicare co-payment and university fee reforms, even though they are largely responsible for the coalition’s current woes.

But Clive Palmer on Wednesday put the treasurer on notice, saying his senators wouldn’t drop their opposition to the controversial budget savings.

“Joe Hockey can’t get his cuts through the Senate, he doesn’t want to fool himself,” he told the ABC on Wednesday.

“There will be no change to the co-payment. We’ll oppose the so-called retrogressive education reforms. The government will be thrown out of office if it doesn’t get its act together.”

• I’m best for the job: Hockey
• I get the message, Tony Abbott says

Mr Hockey is under pressure after Monday’s unsuccessful leadership spill, with speculation he could be replaced with Malcolm Turnbull or Scott Morrison.

Mr Palmer said it is time to “throw the guy out”.

“He’s a nice guy but his ideas are completely wrong,” he said.

Mr Hockey on Tuesday said he was the best person for the job. declaring “I’m not a quitter”.