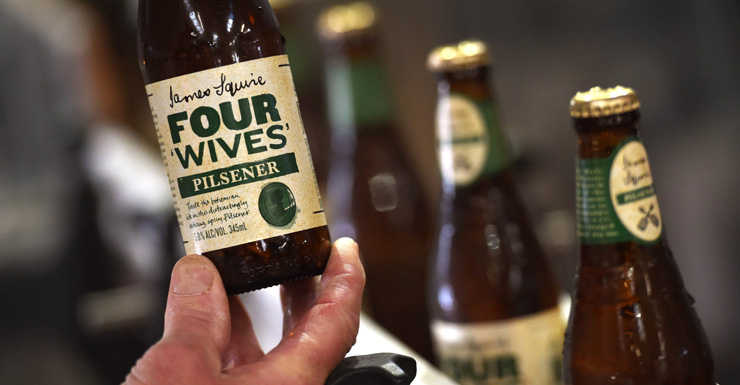 Overseas mega companies have swallowed up many of the most popular craft brands in order to charge higher prices, a consumer advocacy group reports.

One of the biggest brewing giants, SAB Millar, which owns Foster’s Group, has forced out genuine local craft brews from pubs, CHOICE has found.

• Anger as Cadbury shrinks chocolate… again!
• How to find a better savings account
• Avoid bill shock: how to spend less on phone data

A leaked contract obtained by CHOICE reveals that the company blocks local brewers from selling their craft brews in any of the pubs with which they have agreements.

“While it might seem like you have a huge choice when buying tap beer in your local pub the fact is most taps are controlled by one of two international brewing giants, SAB Miller or Kirin, at the expense of genuine Australian craft brewers,” says CHOICE head of media Tom Godfrey.

Popular ‘craft’ brews such as Little Creatures, James Squire, Fat Yak and Matilda Bay are all foreign-owned, and continue to be more expensive than the regular beers sold by the big companies.

Consumer watchdog the ACCC has confirmed to The New Daily that these practices are under investigation.

In a statement, ACCC spokesman Duncan Harrod said the watchdog is “continuing its market enquiries to better understand aspects of the supply conditions within the wholesale beer market(s)”, but declined to comment further.

“If you want to support an Australian owned microbrewery, find out who owns the brand you’re drinking and ask your local publican to put it on tap.”