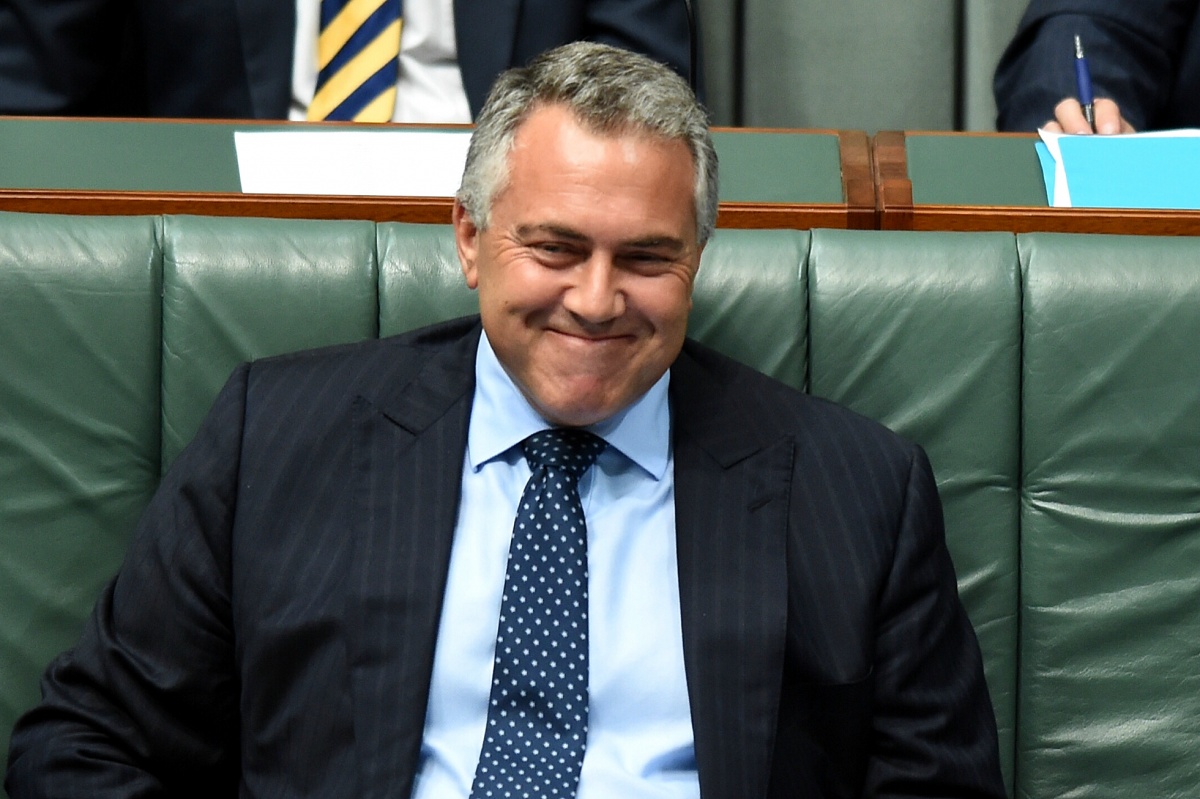 Amid speculation that he may be dumped as Treasurer, Joe Hockey has declared he is the right person to manage the nation’s purse strings.

“I have never been a quitter and I’m not going to quit when it comes to the best interests of the nation.

“I am the best person to do the job.”

Questions have been raised about Mr Hockey’s future after his poorly received first budget, which still has some of its measures held up in the Senate.

Prime Minister Tony Abbott told Parliament on Tuesday he had full confidence in his treasurer.

Mr Hockey rejected suggestions he would soon lose his job.

“It is not about us. It is about the Australian people. I care passionately about my country and we are doing what is hard, not popular sometimes,” he said.

Mr Hockey said Mr Abbott was right when he said the Coalition had been bold and ambitious in its first year.

“We were but at the time we had no choice,” he said.

“There is an argument that we shouldn’t have put everything into the budget immediately, that we should have staggered it through the year.”

“The irony is… no-one is saying we are not taking the right approach,” he said.

Mr Hockey refused to rule out changes to Medicare and did not commit to dropping the unpopular GP co-payment.

Hockey calls on banks to pass on rate cut

Meanwhile, Mr Hockey has stepped up pressure on banks and other lenders to pass on the official interest rate cut to credit card holders and small business borrowers.

As reported in The New Daily, the country’s leading financial products research houses – Mozo and Canstar – revealed that no bank had lowered their rates on any credit cards since the Reserve Bank cut the cash rate on February 3.

The banks’ inaction on credit cards is in direct defiance of Mr Hockey’s call last week for cardholders to receive a rate cut “immediately”.

On Monday night Mr Hockey told The New Daily that he expected the banks to re-price credit cards in line with the RBA’s cut.

“I have said this several times and I say it again today:  I expect this rate cut to be passed through in full right across the spectrum of credit,” Mr Hockey said.

“We expect this rate cut to be passed through.”

The reluctance of the banks to pass on the benefit of the official rate reduction to borrowers other than homeowners threatens to undermine the RBA’s effort to improve consumer confidence in the economy.

With the banks only reducing mortgage rates, economists are worried that the RBA’s easing of monetary policy may further inflate speculative investment in the nation’s already expensive housing market.

The New Daily is seeking comment from the banks to the Treasurer’s renewed call for the rate cuts to be extended to all loan products.

I’m best for the job: Hockey