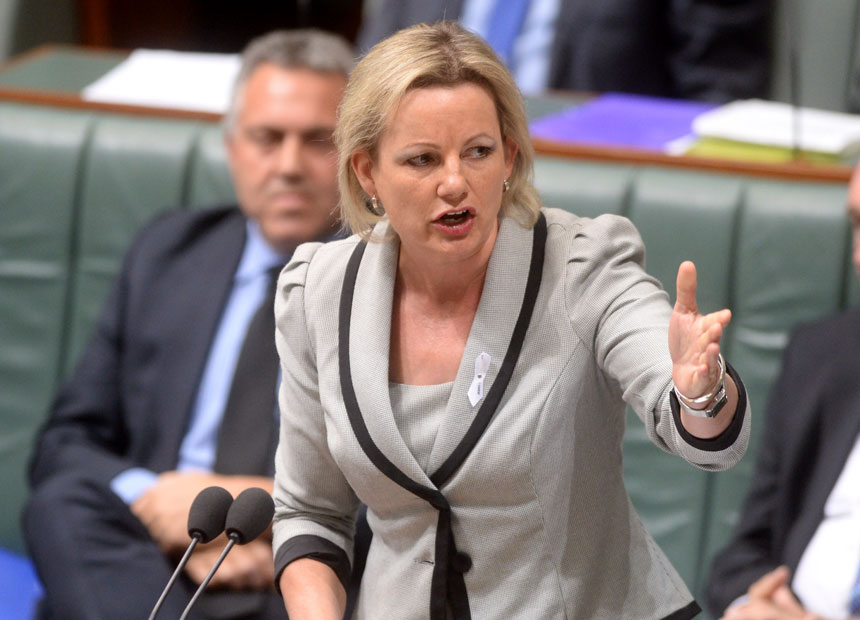 Federal Health Minister Sussan Ley says a plan to cut Medicare rebates paid to GPs for short consultations from Monday has been scrapped due to misinformation and confusion.

Ms Ley says the Federal Government has abandoned the proposal which she says has caused uncertainty for patients and doctors.

“As a result, I’m announcing today that the changes to level A and B Medicare consultation items will not commence on Monday as planned,” she told reporters in Melbourne.

“The government is taking them off the table.”

However, she insisted it remained critical that there should be reform to ensure the Medicare system has a sustainable future to give quality care.

The minister made a strong commitment to undertake a wide ranging consultation on the ground with doctors and the community to come up with sensible options.

“I need to explain … that our Medicare system is growing at a rapid and unsustainable rate.”

Earlier, doctors had urged Prime Minister Tony Abbott to return from his holiday to put an end the plan to cut by $20.10, from Monday, the rebate paid to GPs for consultations under 10 minutes.

The proposal, which would see government rebates for 10-minute GP visits reduced by $20, leaves a $1.3 billion savings hole in the federal budget.

“It was never a good idea, and Mr Abbott should take this opportunity to ditch it and instead consult with the medical profession on how to support quality primary healthcare,” AMA president Brian Owler said on Thursday.

But Small Business Minister Bruce Billson said the government would push on with the reform.

“This change is on the table. It is being implemented,” Mr Billson said.

Asked to comment on Mr Billson’s statement, Ms Ley said there had been misunderstandings but Australians could expect the government to listen to their concerns.

“It’s off the table and I stand ready to engage, to consult, and to talk to the sector,” she said.

“It is important that doctors and their patients know that the changes that were talked about to come into effect on Monday will not.”

“We will say to Tony Abbott ‘you are not going to damage the Medicare system if we’ve got anything to do with it’,” Mr Shorten said on Wednesday.

Independent senators also pledged to block the cuts in the upper house.

Senator Nick Xenophon told reporters on Wednesday he could not “in good conscience” support the measures.

“The Government’s policy seems to be driven by the bean counters in Treasury and Finance, not by the health experts,” Mr Xenophon said.

Speaking with Fairfax, former Australian Medical Association president Kerryn Phelps said the proposal was “really dumb” and would make an enemy out of doctors.

“I think they have to sort it out pretty quickly, because it’s something that within a 12-month period is going to affect almost every Australian family,” Dr Phelps said.

“GPs are not highly political animals by any means, until you poke the bull ant’s nest, and if you do that, they become very political, very quickly, even if they don’t realise that’s what they’re doing.”

Meanwhile Queensland Premier Campbell Newman, who is facing an election this month, voiced his opposition on Thursday about the rebate changes.

Mr Abbott defended the government’s decision to cut rebates, arguing the cost of Medicare would spiral out of control, from $8 billion a decade ago to $34 billion in a decade’s time, without “tough choices”.

“It seems that the Labor Party and the Senate are just not prepared to accept any tough decisions.

Greens senator Richard Di Natale says the rebate change should never have been proposed in the first place.

“You have to wonder about how we’ve actually got to this point,” he says.

“You have to wonder about the fact we were promised this sort of calm, methodical, grown-up government.

“And yet when it comes to health policy it’s just one shambles, followed by another shambles, it’s just chaos.”

It became clear Thursday morning that Labor and the Greens had the numbers in the Senate to pass a disallowance motion, with the Palmer United Party declaring it would support the motion.

Palmer United Party Senate leader Glenn Lazarus labelled the government “out of touch” with Australians for putting forward the regulation.