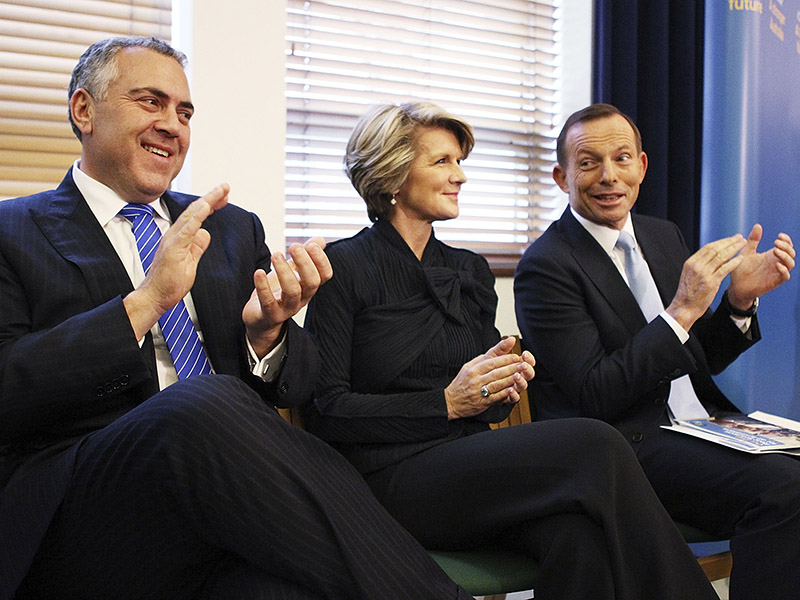 When the Coalition first took the reins of power in late 2013, a number of the ministers were heard muttering that they’d forgotten how hard it actually is to run an effective government.

The harsh reality is that it’s all but impossible for any party to implement their policies from the opposition benches, and so every government must adjust its policy ambitions according to the electoral implications of the changes it proposes to make.

• Why the PM’s overseas mission was a PR failure
• Tony Abbott’s Peta problem is not going away
• Julie Bishop for PM? Why that’s unlikely

This is the unavoidable fact that sits at the heart of Tony Abbott’s electoral woes. The PM, his ministers and his advisers either misjudged or chose to ignore the extent to which current and potential Coalition voters would reject the reforms proposed in the 2014 budget.

They’ve been flailing about ever since, apparently mired in the misperception that if they just keep talking, voters will eventually come to their senses.

The product of such an approach is plain to see – the government has been trailing the Labor Opposition in the opinion polls for most of the time since the election. And while PM Abbott has not yet reached the depths of unpopularity achieved by former PMs Paul Keating and Julia Gillard, he’s making a good start.

Political cheerleaders and armchair coaches have emerged in recent months, hawking their preferred game strategies through the media and over the airwaves. So far, Mr Abbott has wisely avoided this advice, considering that much of it is patently to promote the agendas of vested interests.

For those without reform agendas, or partisan leanings, it’s quite clear what Mr Abbott needs to do to retrieve his government’s political standing. And there are three parts to it:

Firstly, and most importantly, he must repair his relationship with Australian voters. The opinion polls suggest many Coalition supporters feel desperately disappointed with Mr Abbott, as do those voters who thought at least an Abbott government would be better than the embattled Rudd-Gillard-Rudd version.

Instead they have been presented with an administration more interested in inexplicable self-indulgences like the reintroduction of Knights and Dames, and revisiting the culture wars by watering down the Racial Discrimination Act and making cuts to the ABC.

Voters’ dawning realisation that this wasn’t the government they thought they were getting turned into shock and perhaps even a sense of rejection when the budget was brought down. Some of the budget’s harshest measures targeted those voters, such as the elderly, who had assumed a Coalition government would protect them.

It is with these voters that Mr Abbott needs to start.

Somewhat like an errant partner, Mr Abbott needs to demonstrate to the former Coalition voters who feel betrayed by him that he has heard their concerns and will do whatever is necessary to rebuild the trust in their ‘relationship’.

This involves talking less about what Australians ‘should’ understand or think (eg, Australians need to understand the importance of economic reform) and more about acknowledging and responding to their actual needs and concerns (eg, ‘I know Australians are concerned about their own jobs and those of their children. You’re also concerned about the cost of living. This is how we can work together to grow the number of jobs while keeping costs down’).

Secondly, Mr Abbott and his team need to learn and apply the fundamentals of change management. Only a small proportion of people are excited by change. The rest are anxious about the prospect, to say the least. Anxiety can quickly move to resentment or even outrage if the change is seen to be unfair, illogical or imposed with little or no consultation.

This explains the Australian public’s strong response to the federal budget. Not only did the budget upset those who were directly affected by the harsh reforms, many others were also affronted by the inequity of changes that seemed to make little economic sense and appear without warning.

A botched change management attempt is almost impossible to retrieve, and in most cases it makes more sense to start again.

So the PM and his Treasurer Joe Hockey need to draw a line under last year’s budget, take a huge slice of humble pie by admitting that they tried to do too much too fast, and commit to working with Australians to pace the economic changes that need to be made.

Accordingly, the upcoming May budget should tackle only a small number of the tough reforms that are needed, and an awareness-raising campaign to explain how the reforms help to meet Australians’ needs and concerns should start as soon as possible. Most importantly of all, any new or increased imposition should be (seen to be) fair, logical and done in consultation with those affected (if at all possible).

Such a move would necessarily slow down the government’s reform agenda, which will not go down well with its supporters in the business community. However, instead of worrying about whether corporates will continue to pour money into the Coalition’s re-election coffers, Mr Abbott needs to tell them to stay focused on the bigger picture: too much reform too fast will lead to electoral defeat and likely reversal of those reforms by an incoming Labor government.

The final change that Mr Abbott needs to produce in his government is to truly make it one that is made up of adults. He needs to face up to the trust deficit he has personally created with voters, and make amends accordingly. The ministry needs to develop policies that treat people like human beings and not units of expense or income. And a stop should be put to Coalition MPs’ juvenile tendency to squabble over the spoils of office or indulge petty grievances like the culture wars.

Running a government isn’t meant to be easy. It necessarily involves protecting and maintaining the well-being of millions while responsibly managing a budget of billions. And like some prime ministers before him, Mr Abbott has been judged by voters as not having done a particularly sterling job in the first year of running his.

Like those predecessors, Mr Abbott still has time to turn things around. But it will take him tapping into sources of humility, maturity and compromise that we have not yet seen present in the man.

A three-point plan to get Abbott back on track