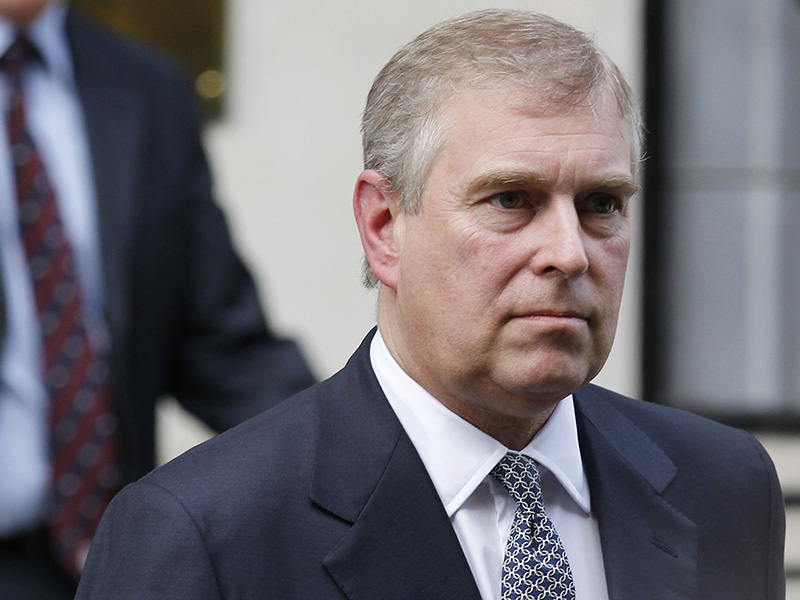 Buckingham Palace has issued a second denial that Prince Andrew had sexual contact with a woman who claims she was forced to have under-age sex with him, branding the allegations “false and without any foundation”.

It comes after two British Sunday newspapers published details of interviews with the woman who reportedly named Prince Andrew in US court documents related to a convicted pedophile.

The palace initially stated that “any suggestion of impropriety with under-age minors” by the Duke was “categorically untrue”.

And in a second strongly-worded statement on Saturday night, a Buckingham Palace spokesman said: “It is emphatically denied that the Duke of York had any form of sexual contact or relationship with (the woman).

“The allegations made are false and without any foundation.”

The woman’s claim is part of a lawsuit in connection with billionaire and convicted pedophile Jeffrey Epstein – a former friend of the Duke.

Andrew was photographed with Epstein in New York two years after the US man’s release from prison in 2009, and their friendship was a source of controversy.

The woman claims that between 1999 and 2002 she “was forced to have sexual relations with this prince when she was a minor” in London, New York and on a private Caribbean island owned by Epstein.

The accusation is reportedly contained in a motion filed in a Florida court this week which is part of a lawsuit over how federal prosecutors handled the case of Epstein, who was jailed for 18 months in 2008 for soliciting a minor for prostitution.

The Mail on Sunday and the Sunday Mirror have since published details of interviews given by the woman in recent years, in which she discusses three alleged encounters with the Duke.

Meanwhile, the Sunday Express reported that Andrew was due to fly back into Britain on Sunday to face the controversy following a ski trip in Switzerland.

A royal source confirmed the Duke had been away on a private holiday abroad.

In the US court papers, Epstein is accused of repeatedly abusing the woman – now said to be in her 30s – on his private jet and luxury homes in New York, New Mexico, Florida and the US Virgin Islands.

The court document says: “Epstein also sexually trafficked the then-minor Jane Doe (a name used in US legal proceedings for people with anonymity), making her available for sex to politically-connected and financially-powerful people.

“Epstein’s purposes in ‘lending’ Jane Doe (along with other young girls) to such powerful people were to ingratiate himself with them for business, personal, political, and financial gain, as well as to obtain potential blackmail information.”

It adds: “For instance, one such powerful individual Epstein forced Jane Doe #3 to have sexual relations with was a member of the British royal family, Prince Andrew (aka Duke of York).”

Harvard law professor Alan Dershowitz – who is also named in the court papers – said the claims against him were part of a pattern of “made-up stories” by the woman and her lawyers against prominent people.

Prof Dershowitz, who represented Epstein in the 2008 case, said that he would not rest until he had shown that the claims regarding his conduct were false and he advised the Duke to do everything in his power to clear his name.