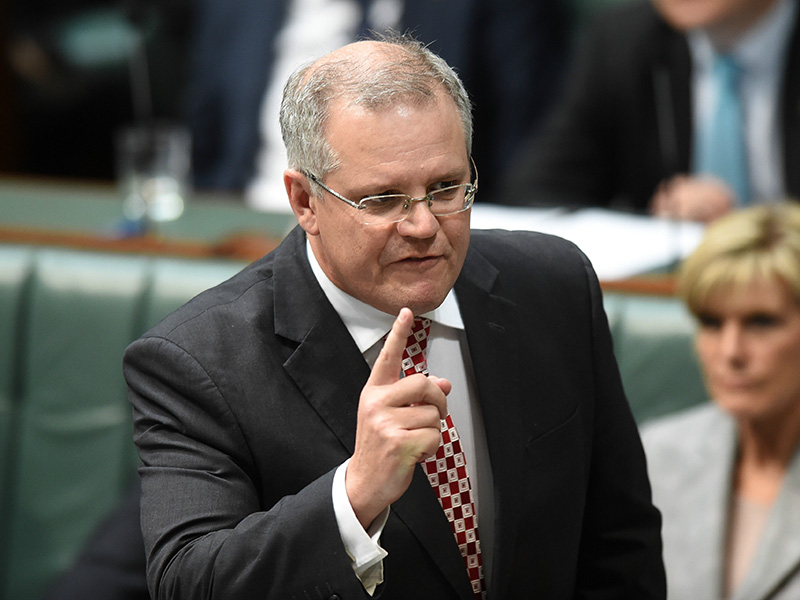 On his last day in office, former Immigration Minister Scott Morrison threatened to strip an entire Melbourne local council of its power to confer Australian citizenship in retaliation for defying his “prerogative”.

In a letter addressed to the mayor, Mr Morrison demanded that she stop refusing to read a ministerial welcome message to new citizens — an act of protest a legal expert has described as politically motivated but lawful.

The letter, which Moreland City Council mayor Meghan Hopper likened to a “ransom note”, set a deadline of January 20, six days before the town’s Australia Day ceremony, for her to comply.

Newly-appointed Immigration Minister Peter Dutton has confirmed to The New Daily that he stands by his predecessor’s letter.

“The Mayor of the City of Moreland is imposing her political views on all members of her community,” Mr Dutton said in a statement.

The ministerial message has been an “integral part” of the citizenship ceremony for many years under both Coalition and Labor governments and “that position will not change”, he said.

Since taking office in October, the mayor has refused to read the ministerial statement at two citizenship ceremonies, on advice from the Department of Immigration and Border Protection that she was within her power to do so.

If the mayor and her colleagues stand their ground, and Mr Dutton follows through with the threat, 80 of the municipality’s residents will lose their chance to become citizens on Australia Day.

This is because the only three people authorised to conduct the citizenship ceremony in Moreland — the mayor, deputy mayor and general manager — would be barred from doing so.

“Unless the Minister himself or a delegate attended and presided over the citizenship ceremony on that day, it would need to be cancelled and moved to another municipality, and given the time pressures I’m quite certain, from the advice I’ve received, that that’s just not logistically possible at this short notice,” Ms Hopper said.

The mayor is currently seeking legal advice before replying to the letter, but hinted to The New Daily she may give in to the Minister’s demand for the sake of her local residents.

“My first priority is to the 80 people who are due to have citizenship conferred upon them,” she said.

“I’ll do what it takes to make sure that those 80 people become citizens.”

The mayor, an ALP member, denied she was making a political statement, saying instead that she was defending the apolitical nature of the ceremony.

“Acting as a mouthpiece of this government on such a special occasion is not something that sits right with me.”

Ms Hopper admitted that she was personally opposed to the government’s asylum seeker policies, but said her refusal to read the statement reflected the views of the wider municipality.

“Our slogan at Moreland is ‘One Community Proudly Diverse’. It’s my role to represent that to our community, and so I’m just trying to uphold the policies of our community and our council,” she said.

The vast majority of the hundreds of comments on the mayor’s Twitter and Facebook accounts have been supportive of her stance.

The very nature of what she is doing is a political response.

Melbourne Barrister Donald Gibson, who has more than 30 years’ experience in local government matters, refuted the mayor’s argument that she is being apolitical, but conceded that she is probably acting within the bounds of Victorian law.

“The very nature of what she is doing is a political response. That’s exactly what she’s doing,” Mr Gibson said.

“[But] the Local Government Act of Victoria is now wide enough in its application to have political agendas,” he said.

The mayor said the wording of the message is irrelevant, and that she would “happily” distribute it in writing to new citizens.

Citizenship ceremonies are fully funded by local government when conducted by them, with no assistance from the federal government.

Australian Local Government Association president Troy Pickard told The New Daily he is not aware of any other instance where a council has objected to the ministerial message.

“[W]hile councils have in the past expressed some concerns about the cost of such ceremonies, councils have generally indicated that they believe the [Australian Citizenship Ceremonies Code] provides the support necessary to carry out the ceremonies,” Mr Pickard said.