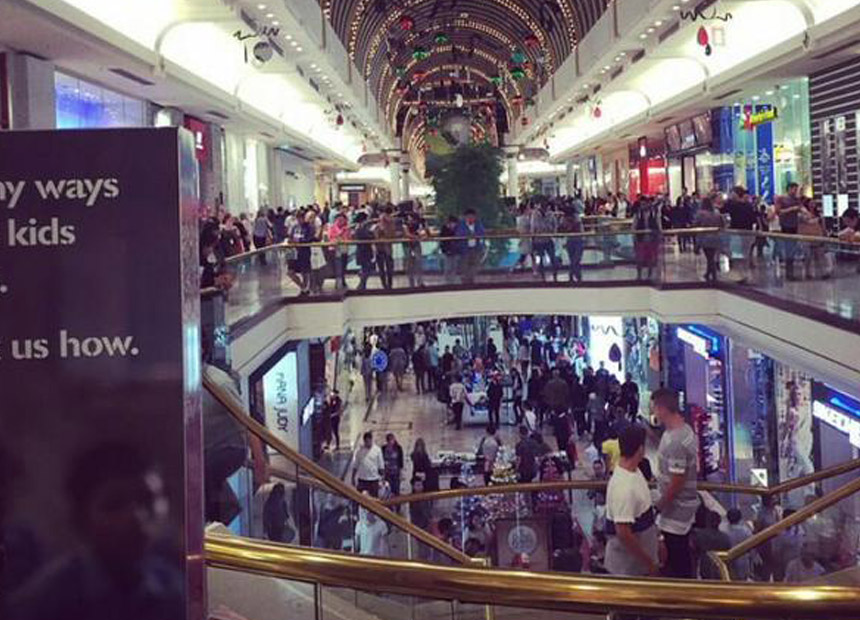 Australians are expected to spend more than $1.2 billion on Christmas Eve in a last-minute shopping frenzy, according to the Australian National Retailer’s Association.

Shoppers in New South Wales were expected to spend $465 million, while Victorians will spend about $240 million.

• Stocking stuffers: 20 Christmas gifts under $20
• Protect yourself from Christmas burglaries

“Our analysis shows customers will be shopping at a rate of close to 250 transactions per second, which would be the highest peak rate we’ve ever recorded,” Mr Gilfillan said.

“In five out of the past six years the highest rate of transactions during Christmas has occurred between 12:15pm and 1:00pm – so don’t count on getting all your shopping done during your lunch-time break.”

Melbourne’s Queen Victoria Market was mayhem on Wednesday morning, with thousands of shoppers crowding the market in search of Christmas fare like fresh prawns at 6.15am.

One Twitter user lamented that she didn’t get to the market earlier.

The queue four deep @VicMarket at 6.15am. I knew I should have come at 5am #christmaschaos pic.twitter.com/teXXgOLIeL

According to the Australian Retailers Association, perfume, women’s dresses and outdoor leisure equipment like barbecues have been the best selling items this year.

Between November 15 and Christmas Eve, the ARA predicts Australians will spend $45 billion, with food the biggest item at $18 billion.

Shopping centres have been operating around the clock for last-minute gift-hunting, with Chadstone in Melbourne and Parramatta Westfield in Sydney both doing a 32-hour trade.

According to The Today Show, there were still 10,000 people shopping at Chadstone at 2am.

WOW! At 2am today there were still around 10, 000 people shopping at Chadstone mall in Melbourne. #Today9