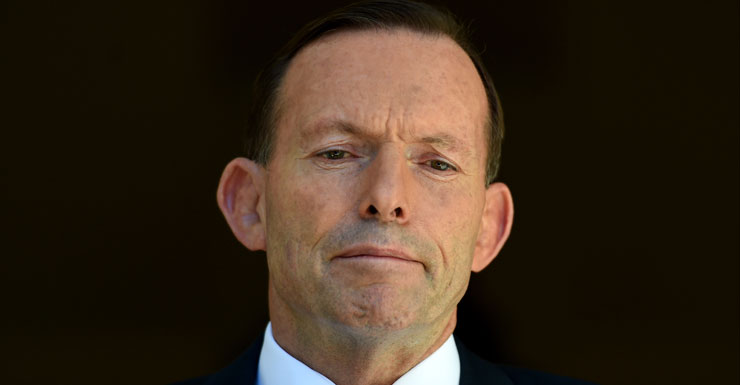 Normally the strongest of allies, conservative commentators have been abandoning Prime Minister Tony Abbott’s barnacle-ridden government like rats from a sinking ship.

Questions have arisen recently which question the management of the PM’s office, its relationship with senior cabinet ministers, and the ongoing problems posed by a deeply unpopular budget. All of these factors have shaken the faith of even the most faithful.

A recent poll rated Mr Abbott as more incompetent and just as untrustworthy as Julia Gillard, who was ousted by her own party in the lead-up to the 2013 election.

• The 12 Australians we admired most in 2014
• Julie Bishop for PM? Very unlikely
• Why Rupert Murdoch is forever in Twitter trouble

The government’s poor performance in the polls has seen many conservative commentators offer strongly-worded critiques of the government on specific matters, and in some cases positioning themselves on the side of public opinion.

While none of the below constitutes an abandonment of support by some of Mr Abbott’s allies in the media, it illustrates that, on certain issues, his policies are attracting criticism from all points on the political compass.

The talkback radio broadcaster slammed Tony Abbott’s handling of the Sydney siege, giving him a “D-minus” for pushing ahead with the mid-year budget announcement while hostages were held within a Martin Place cafe.

Mr Hadley described the decision as “a really bad call”.

“We had 17 people in there whose lives were at risk,” he said.

“I thought until about a month ago, you were going B-plus, I think you’re now a D-minus,” Mr Hadley told Mr Abbott.

Mr Jones said the government had “no mandate” to sign an agreement that might hurt farmers and disadvantage Australian investors.

“The people who vote are the masters, aren’t they? They have given you whatever authority you’ve got – they don’t agree with this.”

The prime minister frequently gets a soft interview on Neil Mitchell’s radio show, but a hint of criticism has crept into the Melbourne talkback host’s line of questioning.

In a recent interview, Mr Mitchell – who is perceived to be a more balanced interviewer than his Sydney counterparts – pressed Mr Abbott to admit to poor performance and broken promises.

“I would suggest if you are going to improve the standing of the government and relate better to the electorate than you need to recognise that the glass is in fact half empty and recognise your errors,” said the host when Mr Abbott declined to list his mistakes.

When the prime minister jokingly offered to appear on the radio program more often in order to better connect with voters, Mr Mitchell said he needed to do “more than that”.

“You have lost, I would put to you, you have lost the people at this stage. The polls all say that,” he said.

On December 10, The Australian’s editor-at-large Paul Kelly warned that the Abbott government could, like the governments of Rudd and Gillard, be destroyed from within.

The Abbott government “remains stable”, but a combination of poor polling, cabinet tensions, criticism of the Prime Minister’s office and negative media could be “lethal”, Mr Kelly said.

“[T]he lethal combination that can spell political death has emerged,” wrote Mr Kelly, a journalist and author who is sometimes described as impartial but who appears almost exclusively in conservative media.

In November, Andrew Bolt’s long-standing support for Tony Abbott diminished somewhat when he compared the conservative leader to Julia Gillard, a frequent subject of scorn and criticism on Bolt’s blog.

Mr Bolt wrote that the government was making “the same blunders that killed Julia Gillard” by arguing the ABC budget cuts were not a broken promise.

“In April, even though it killed me, I warned through gritted teeth that the government should honour its promise to the ABC,” he wrote.

Earlier this month, Mr Bolt also bit back when Education Minister Christopher Pyne claimed the TV host was trying to help the Abbott government get re-elected.

Right-wing columnist Janet Albrechtson has also derided the Abbott government for failing “time and again” to gain the respect of the electorate, especially on the issue of cuts to the ABC.

“Another week. Another wasted opportunity by the Abbott government to score a political win. And another reminder of one of the simplest lessons in politics and life: respect is a two-way street,” Ms Albrechtsen wrote in her column for The Australian on Tuesday.

“What should have been an effortless political win this week turned into yet another political disaster,” she said.