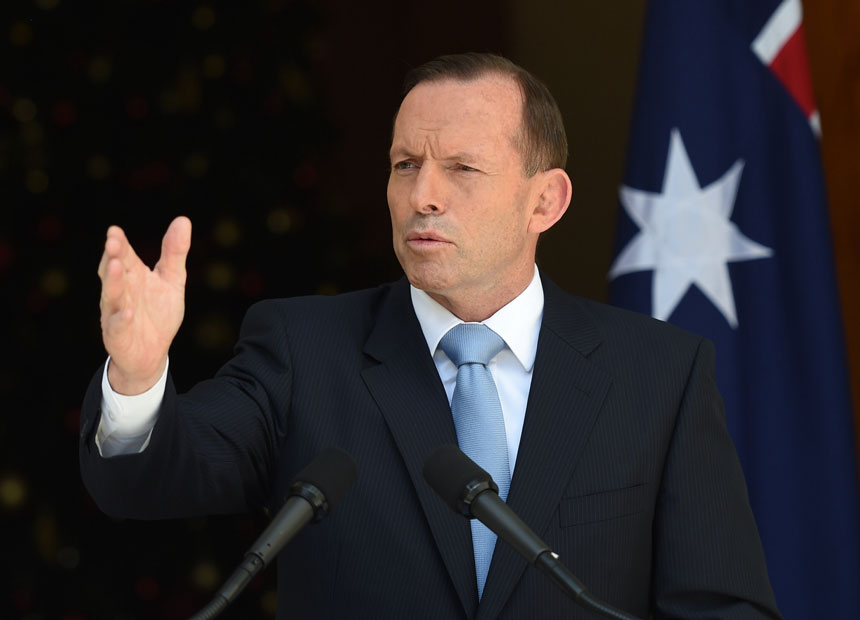 Prime Minister Tony Abbott says there has been a heightened level of “chatter” among “terrorist sympathisers” in the wake of last week’s deadly siege in Sydney’s Martin Place.

Mr Abbott said the committee was briefed by the head of the domestic spy agency ASIO and the Australian Federal Police Commissioner.

“Our police forces and our security and intelligence organisations are doing everything they possibly can to monitor and disrupt all the threats to our security,” Mr Abbott told reporters in Sydney.

“The briefing from the security agencies today indicated there has been a heightened level of terrorist chatter in the aftermath of the Martin Place siege.

“That’s why it’s important that people remain alert and aware as well as reassured that our police and security agencies are doing everything they humanly can to keep us safe.”

Cafe manager Tori Johnson and barrister Katrina Dawson were killed when Man Haron Monis took 18 people hostage in the Lindt Cafe on the morning of December 15 and held them for 17 hours.

The Prime Minister urged Australians to go about their lives as normal, but said the national terrorism alert level remained on high.

“As you’ll all understand, at this level, an attack is likely, we don’t know when and how an attack may come, but we do know there are people with the intent and capability to carry out further attacks, and that’s why it’s important that as well as being reassured that people are aware of the reality of these times,” he said.

Chatter may suggest ‘something more is coming’

Professor Greg Barton from the Global Terrorism Research Centre said the Prime Minister’s comments meant it “almost feels like we’re going from three out of four to 3.5 out of four” on the terrorism alert scale.

“We can’t go to four unless an attack is underway and so that’s very unlikely,” he told 7:30.

“The chatter, the feedback they’re getting is that something more is coming down the pipe.

“We’ve got to brace ourselves and perhaps someone out there may know of something or speak up when they hear [Mr Abbott] say this.”

Professor Barton said the chatter may not be just within Australia, and that Mr Abbott’s comments may be aimed at Australians travelling overseas for the holiday season.

“We’ve had two attacks in France over the weekend – one or both appear to be linked to Islamic State – and so maybe there’s something afoot globally.”