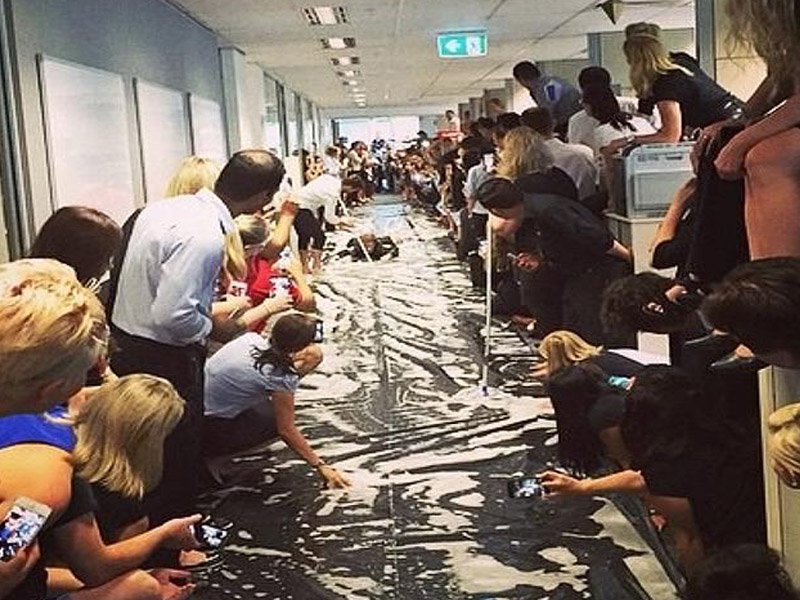 Flight Centre’s secret Christmas tradition has been made public, and is sure to have workers around the world wondering if this is the greatest workplace in Australia.

For the past six years, the company’s Brisbane office has set up a 60-metre long slip ‘n’ slide in an office corridor, covered it in soap suds, and challenged employees of all ranks to slide the furthest.

The tradition became public when a worker posted a photo of the long slip ‘n’ slide on internet sharing site Reddit, before it went viral. A Flight Centre spokeswoman told News Limited it was a great way to celebrate the silly season, and brought everyone in the office together.

“It’s not something we ever intended to publicise, but it’s been running for about six years now,” she said.

“Whether you slide or cheer from the sidelines, we consider it a great way to end the year and bring everyone together to celebrate.”

Speaking anonymously to Fairfax, one Flight Centre worker said while only a handful of employees took part, the 1000 plus office crammed onto one floor to watch the spectacle.

“We set it up in the morning and we do it for about half an hour,” they said.

“It’s just become a tradition, we do it every December before everyone takes off on holidays.” Is this the coolest office Christmas tradition ever?