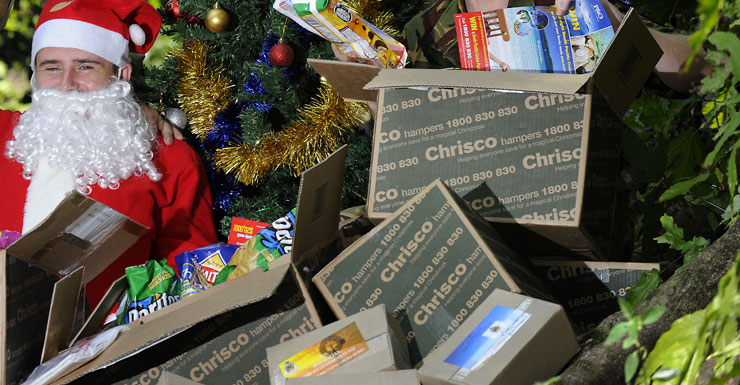 The consumer watchdog has cracked down on popular Christmas hamper provider Chrisco for taking extra money from its customers.

The Australian Competition and Consumer Commission (ACCC) says Chrisco included an unfair contract term in its 2014 lay-by agreements, which allowed it to continue to take payments by direct debit after the consumer had fully paid for their goods.

The ACCC also alleges that between 2011 and 2013 Chrisco misled consumers by saying they could not cancel their lay-by agreement after making their final payment.

Australian consumer law provides consumers the right to terminate a lay-by agreement at any time before delivery of the goods.

The ACCC said that from 2011 until December 2014 Chrisco charged consumers a lay-by termination fee, which was more than Chrisco’s reasonable costs in relation to those lay-by agreements.

“Purchasing goods by way of a lay-by agreement is convenient for many Australian consumers, particularly for Christmas,” ACCC Chairman Rod Sims said.

“The ACCC is concerned to ensure that traders using the lay-by sales method comply with their obligations under the ACL, including those in relation to termination rights and lay-by termination charges.”

The case will be heard in the Federal Court in early February.

The consumer watchdog was tipped off about the unfair practice by the Indigenous Consumer Assistance Network (ICAN), which reportedly received complaints from those living in remote communities.

Author Salman Rushdie stabbed in the neck by masked assailant on stage
Melbourne society icon Lillian Frank dead at 92
Foreign Minister Penny Wong vows to keep working to free Aussie journo Cheng Lei from Chinese jail
Cameron Smith and fellow Aussies in the thick of it at PGA’s Memphis tournament
Taiwan thanks US for maintaining regional security in the face of Beijing’s bullying
Ex-Liberal staffer: Survivors weren’t asked about their ordeals in NSW parliament
Is this the coolest office Christmas tradition ever?
Today's Stories