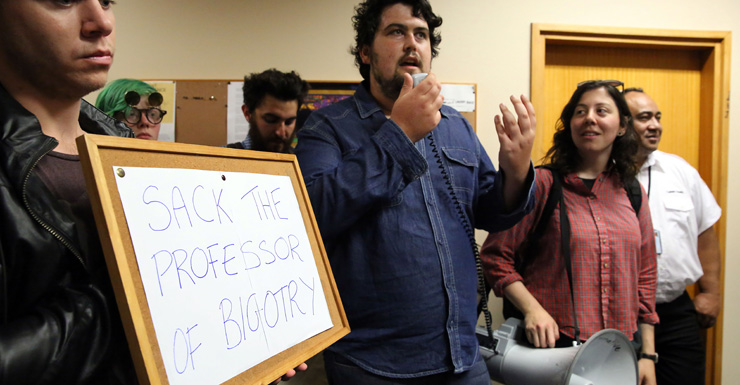 Professor Barry Spurr has resigned from his academic post at The University of Sydney in the wake of a leaked email scandal.

Professor Spurr had been suspended since October pending an investigation into racist and sexist emails sent from his university account.

The academic never denied authoring the emails, but defended the subject matter as a “whimsical linguistic game” and criticised the leaks as a breach of privacy.

In a statement issued on Thursday morning, the university announced it had accepted Professor Spurr’s resignation.

Professor Spurr, a poetry expert, was a consultant to the Government’s national review into the English curriculum.

He sued news website New Matilda for publishing the emails. The case was settled out of court.

The Professor’s lawyers argued in court that the leaks amounted to a politically motivated attack on the Abbott Government’s national curriculum.

The University of Sydney said it would make no further comment on the matter at Professor Spurr’s request.

Professor Spurr was Australia’s first professor of poetry and poetics, and is a leading authority on T.S. Eliot.

A call to the Professor’s office went unanswered.