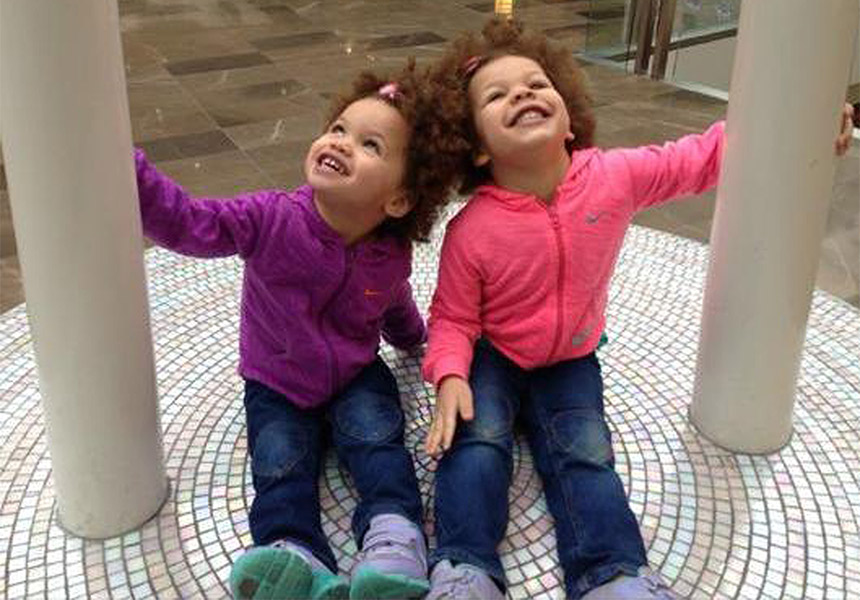 A Melbourne man jailed for life for killing his two daughters moments after dressing them in new frocks and filming them dancing was motivated by hatred of his ex-wife, a judge says.

Charles Amon Mihayo, 36, must serve at least 31 years in prison for smothering four-year-old Savannah and three-year-old Indianna with a pillow during a game of hide-and-seek on Easter Sunday.

Mihayo later told police he had to do it but they did not need to know the reasons why.

But Victorian Supreme Court Justice Lex Lasry said his crimes were inextricably linked to his ongoing conflict with his ex.

“You decided she would pay the price and inevitably so would your children with their lives,” he said.

“You decided to demonstrate to your ex-wife that she did not have the control over the children and their relationship with you that she thought she had.

“Your breach of parental trust is almost beyond belief.

“You gave in to the basest of instincts – revenge.”

Justice Lasry said Mihayo’s crime was one of the most hideous he had been involved with in his 40 years in criminal law.

“I believe I largely understand why serious crimes occur, no matter how vicious,” he said.

“But I admit I am at a loss to understand these terrible crimes.”

He said the justice system must learn to be able to better identify parents at risk of murdering their children so crimes such as Mihayo’s can be stopped.

“Killings like this are subject to regular public discussion, and so they should be, because they are hideous crimes devoid of any form of justification or proper explanation.”

The day before the April 20 murders he texted his ex-wife asking to see the kids one last time and told her she had “won”.

Before they arrived at his home, Mihayo bought the girls the new dresses and shoes they would die in.

He suffocated, then bathed and put them back in the outfits before calling police.

When his ex-wife, worried by the silence, knocked on his door, he told her to “wait a minute” and “you’ll know when they get here”.

When police asked why he killed them, Mihayo looked at the girls’ mother and said, “You have to ask her.”

He later said they would not understand what he had been through and providing a reason would not make a difference.

The Tanzanian-born Mihayo did not react in the court dock as he was sentenced.