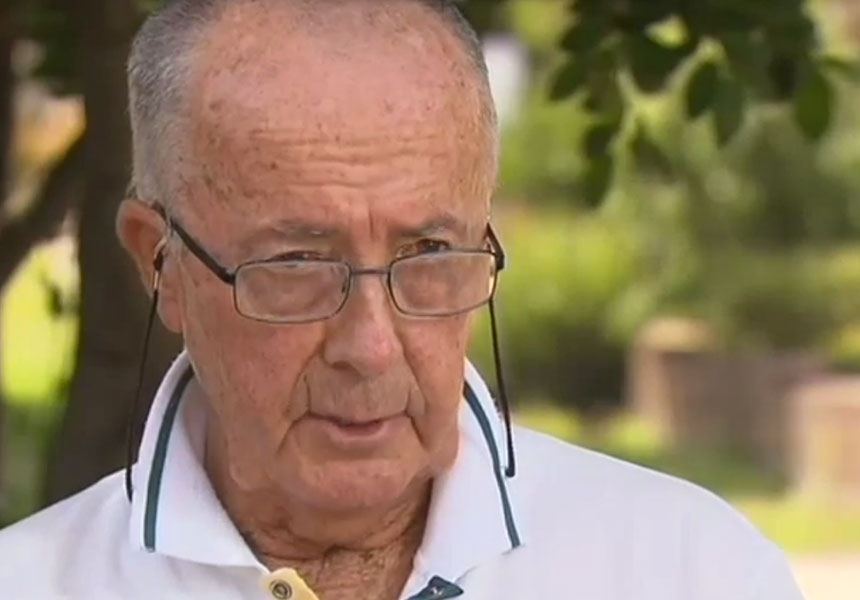 Sydney siege hostage John O’Brien, 83, says he has never felt as much relief as he did when he “turned that corner and saw the armed police waiting for me”.

Barrister and mother of three Katrina Dawson, 38, and Lindt cafe manager Tori Johnson, 34, were killed in the siege, along with 50-year-old gunman Man Haron Monis. Fifteen other hostages survived the ordeal.

• We will learn from this tragedy: Tony Abbott
• Who was the siege gunman?
• Siege victims: mother of three, hero manager
• GALLERY Siege photos tell deadly story

Mr O’Brien said he was on his yearly visit to his eye doctor when he called into the Lindt Chocolate Cafe to get a coffee.

“All I was doing was going to see the eye doctor on the Monday morning to have my eyes checked, which I usually do every year, and then I go down to the Lindt coffee shop for a quick coffee,” he said.

“I have never felt such a relief as I did when I turned that corner and saw the armed police waiting.

“I am so grateful to be home with my lovely wife, Maureen, and would like to thank the media who have remained respectful, and to everyone in Australia for their kindness and support.”

Mr O’Brien said he was still talking to NSW Police about what happened inside the cafe and as such could not go into details.

“I would like to pay tribute to Katrina Dawson and Tori Johnson and offer my heartfelt condolences to their family and friends,” he said

“My thoughts and prayers are also with my fellow hostages.

“I’d also like to thank the men and women of the NSW Police force for the work they have done, and will continue to do, in the coming months and to the amazing people in our emergency services.”

Mr O’Brien was one of the first hostages to escape with barrister Stefan Balafoutis and Lindt worker Paolo Vassallo.

VINE: Video of the moment John O’Brien escapes the cafe
He said he escaped after the three men noticed a green button at one of the doors.

Yesterday Mr O’Brien told the ABC he was forced to put his hands up against the cafe window by his captor, but told him he was too tired and needed to sit down.

The man he now knows to be Man Haron Monis demanded he lie on the floor during the ordeal.

Mr O’Brien said he refused and told his captor that he was too old to lie on the floor.

The keen tennis player had been exercising to de-stress after the incident, but said as time moved on he was struggling to come to terms with what happened.

“Just playing tennis at midday then relaxing and trying to get some more sleep,” he said.