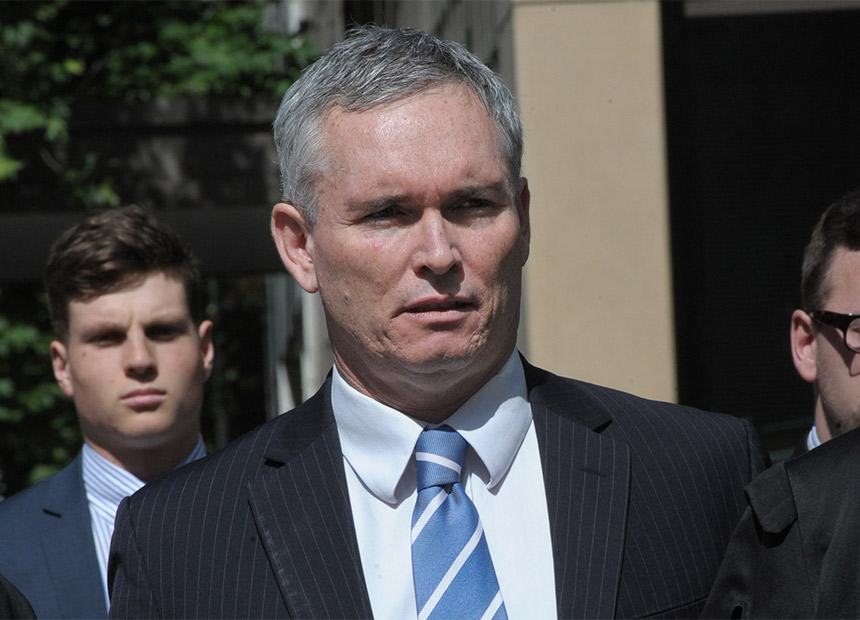 Former federal MP Craig Thomson has been fined $25,000 for stealing union funds to pay for prostitutes but has avoided going to jail.

Mr Thomson, 50, was convicted of 13 counts of theft following cash withdrawals he made from a bank account belonging to the Health Services Union between 2003 and 2007 when he was the union’s national secretary.

He spent about $5000 of HSU members’ fees on escorts and sex workers and lavish meals.

In sentencing Mr Thomson on Wednesday, Victorian County Court Judge Carolyn Douglas said his spending had been indulgent and constituted a significant breach of trust.

She rejected a submission by Mr Thomson’s defence barrister Greg James that the offending was the result of “the frailties of a man away from home”.

One of the charges arose from spending on sexual services while he was at home, and one related to a $400 lunch with his wife that included a $200 bottle of wine.

“The gravity of the offending is the gross breach of trust involved,” Judge Douglas said.

“The seriousness is reflected in the continued confidence, or arrogance, of Mr Thomson in having no regard for the trust placed in him.”

She said it was not the concern of the court that he engaged sex workers, but it was the court’s concern he was using union members’ money to do so.

Mr Thomson had appealed against both his 12-month jail sentence and conviction imposed by a Melbourne Magistrate earlier this year.

On Monday, he was acquitted of 49 charges of obtaining financial advantage by deception.

Judge Douglas said it was regrettable the fraud charges had not been framed correctly and reiterated she would be sentencing on the theft charges only.

She said the amount stolen was relatively small but Mr Thomson’s behaviour was nonetheless appalling.

“He is greedy,” Judge Douglas said.

During submissions on Wednesday morning Judge Douglas indicated she was considering a fine instead of jail time, but prosecutor Lesley Taylor QC called for a prison sentence, saying anything less would be manifestly inadequate.

“There is not one skerrick of remorse that Mr Thomson has demonstrated.”

Mr James said Mr Thomson’s theft of $5000 did not warrant jail time and he had been penalised already.

Mr James said media coverage of Mr Thomson’s legal battle had been “extensive and intensive” and so intrusive Mr Thomson and his wife had been unable to leave their home.

Mr Thomson has had to take out a $300,000 mortgage and sell superannuation assets to fund his defence against the charges, Mr James said.