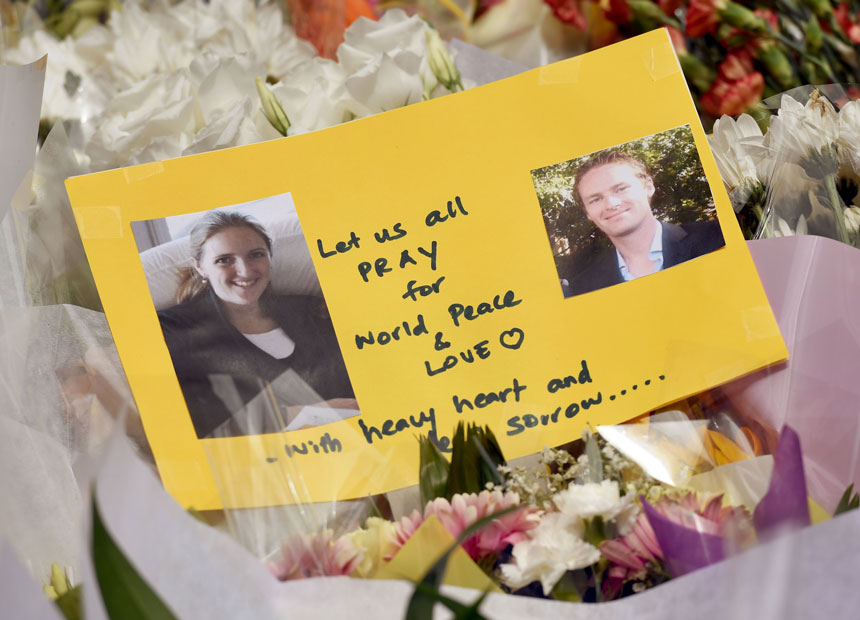 Prime Minister Tony Abbott has commissioned an urgent review into the Sydney siege, saying there are some obvious questions that need answering in the wake of the terrorist attack.

The review will be conducted by Mr Abbott’s department chief and NSW Premier Mike Baird’s most senior adviser.

The prime minister said Australians should be confident in their police and security agencies, who acted professionally and with courage in responding to this “appalling outrage”.

“Nevertheless we do need to reflect on what’s happened and ponder what might have been done better,” he told reporters in Canberra.

He questioned how the gunman – killed in a hail of gunfire on Tuesday morning – managed to get permanent residency in Australia.

It was also vital the review looked into how Monis, who was known to security agencies, was on bail, was on welfare and had a gun licence despite such a long history of violence.

Mr Abbott confirmed that the hostage taker did demand to speak to him on Monday during the siege.

The prime minister was prepared to do whatever the police thought best in the circumstances.

“The advice from police was to have no contact with him,” Mr Abbott said.

The review will look into Man Haron Monis’s arrival in Australia and his granting of asylum, citizenship and welfare benefits.

It will also probe how Monis obtained access to firearms, his interaction with the courts, and what information relevant to public safety the federal and state agencies had on him.

The probe will investigate how and at what stage national security powers such as control orders could have been used to monitor his activities.

More broadly, it will examine what lessons could be learnt by the NSW and Australian Federal Police about the handling of the siege.
A report will be provided by January 2015.

Mr Abbott expressed particular concern that Monis had dropped off the terrorist watch list, given he had such a chequered past and was “plainly” a threat.

Monis was being watched by ASIO back in 2008 when he was sending “profoundly offensive” letters to the families of dead Australian soldiers.

“I don’t know why he dropped off the watch list in those days, I really don’t,” he said.

“That’s one of the reasons we need this inquiry.”

Mr Abbott hinted the Australian government had denied an attempt by the Iranian government to extradite Monis back to his former homeland.

“I’m not going to deny that, but I would rather not confirm it at this stage either,” he said.

Monis had been indicted for fraud in Iran and went by the name of Mohammad Hassan Manteghi Boroujerdi before he came to Australia in 1996.

Iran says it discussed the mental state of the gunman with Australian officials several times before this week’s deadly cafe siege.

The prime minister said Monis had a “very chequered” history and the inquiry would investigate how he had permanent residency and was able to gain benefits despite being able-bodied.

“I share the exasperation of the Australian public at what appears to be someone who has been having a lend of us at the very least for so many years,” he said.