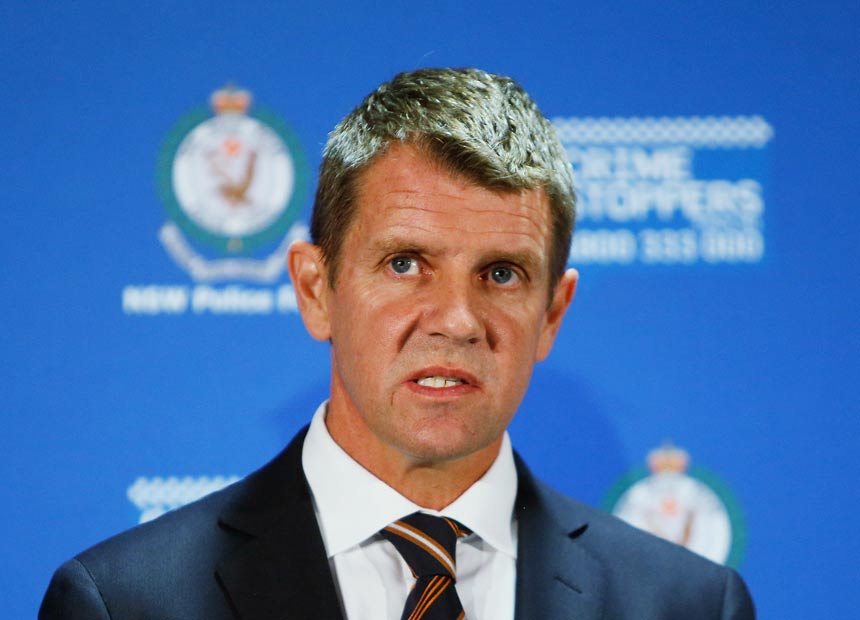 NSW Premier, Mike Baird, has made an emotional plea at an early morning press conference for NSW people to stand together following the deadly Martin Place shootout.

He told the conference he had “the heaviest of hearts”.

“Unbelievably overnight we have lost some of our own in an attack we would never thought we would see here in our city,” the Premier said. “I come before you with the heaviest of hearts.”

Mr Baird said the government’s thoughts and prayers were with the innocent victims of an “horrendous, vicious attack.”

“I want to say to their family and friends that everyone in NSW stands beside you,” he said.

“My thoughts also remain with those hostages who have been freed.

“They will be provided every support they need in coming days and weeks and months.”

• Three dead as Sydney siege ends
• Sydney siege gunman identified
• Sixteen hours of hell: what we know about the hostages

Mr Baird was joined at the pre-dawn conference by NSW Police Commissioner Andrew Scipione, who revealed that at the height of the siege there were 17 hostages being held in the Lindt cafe by the gunman, Man Haron Monis.

The 17 hostages, including the five who escaped yesterday, had been accounted for, but two were dead, Commissioner Scipione said.

• Martin Place: second in a new wave of terror?
• #illridewithyou takes off on social media after Sydney siege

“I can only imagine the terror they’ve (the hostages) been through,” he said. “They’re very brave people who in many cases were only buying a cup of coffee and were caught up in this dreadful affair.”

The Commissioner commended police at the scene, saying they had saved many lives. One officer had been wounded in the shootout, suffering gunshot wounds to his face. He had spoken to the officer and he was in a good condition.

“He is well and is grateful to be alive, I can assure you,” the Commissioner said.

He said it was too early to speculate how events had unfolded inside the cafe.

“It is not time to speculate or develop theories,” Commissioner Scipione said.

“They (police) made the call because they believed if they didn’t enter there would be many more lives lost.

“Events that were unfolding inside the premises led them to believe now was the time to deploy and they did.”

He said a number of gunshots had been heard which convinced officers to move to an emergency action plan.

A full investigation would be conducted by the coroner, he said.

The surviving hostages had been reunited with their families and their “psychological needs” were being met, he said.