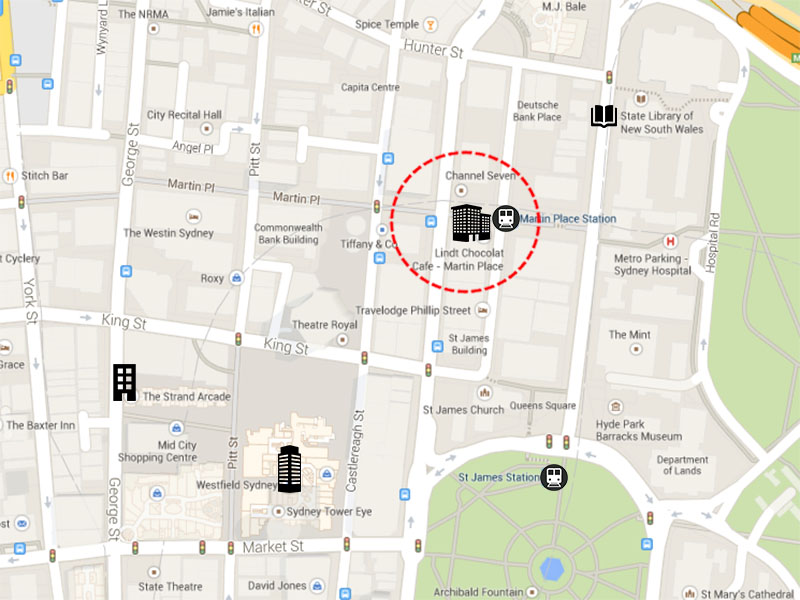 More than a dozen hostages are being held at gunpoint in a café in Sydney’s busy Martin Place, after gunmen seized control of the building shortly before 10am on Monday.

The incident triggered the evacuation of several buildings and national landmarks in the city’s heart.

The precise number of hostages has not yet been officially confirmed, but it is thought there are at least a dozen customers and staff in the store.

Here’s what we know about the situation in the Sydney CBD so far:

• Five hostages have exited the building and are now with police.

• Asked if 30-40 hostages was the right number, NSW Police Deputy Commissioner Catherine Burn told media: “That sort of number does not equate with what we would be assuming. We don’t know for a clear fact, but it is not as high as 30”.

• Parts of Phillip, King, Elizabeth, Castlereagh, George and Hunter Streets have been closed by police. Several buildings have been evacuated. People in buildings looking onto Martin Place who have not been evacuated have been told to stay in their offices and places of business.

SYDNEY: Avoid roads in Sydney CBD – a number of roads are closed due to a police operation at Martin Place. Police directing traffic.

• Police in the area have their weapons trained on the café at various times throughout the day.

• Public transport has been diverted around the effected area.

• A spokesperson for Qantas confirmed that the airline had diverted air traffic around Sydney’s CBD. Other airlines have joined the national carrier in bypassing airspace above the zone, however airspace has not been officially closed down.

• Sydney’s Martin place is an important part of the city’s economic and social heart. The walk-through mall hosts major events, a number of trendy bars and cafes, banks and businesses.

• The area in the immediate vicinity of the incident has been cordoned off.

• Prime Minister Tony Abbott  convened an emergency meeting of the National Security Committee of Cabinet shortly after the incident began. He briefly addressed the media and released a statement: read it here.

• NSW Police have released a map showing the streets that have been blocked off in the Sydney CBD:

Sydney in lockdown: what we know so far