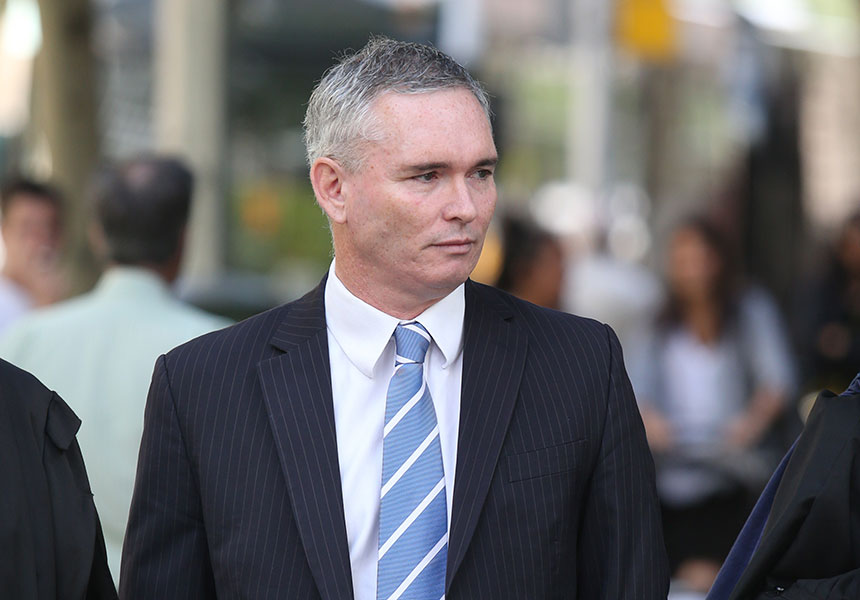 Craig Thomson was blowing union funds on prostitutes while he was serving its members on “a 24-hour basis far from home”, according to his barrister.

The former federal MP could yet face jail after being convicted of 13 charges of thieving about $5000 from the Health Services Union (HSU) while he was its national secretary.

He spent thousands of dollars of members’ fees on escorts and trips to brothels, while also splashing out on a lavish meal for himself and his wife.

Victorian County Court Judge Carolyn Douglas described his crimes as a huge breach of trust, and did not rule out jailing him.

“The seriousness is the breach of trust and in his position it was very, very serious,” she said on Monday.

But she acquitted him of 49 charges of obtaining financial advantage by deception, saying the prosecution had made an error in the way it made its case.

“Each charge is pleaded incorrectly, it’s a fatal flaw,” she said.

Thomson’s barrister, Greg James QC, said the former member for Dobell had been severely punished in the court of public opinion who judged him more harshly because he was an MP.

Mr James said Thomson was “serving the members of the union in what amounts to a 24-hour basis far from home” when his crimes occurred.

Many of Thomson’s trips to brothels occurred while travelling from his home in Melbourne to Sydney.

He would hire prostitutes from agencies called Young Blondes or Sexy Girl Escorts and explain it in the HSU accounts as “Meetings, national office”, Judge Douglas said.

Mr James described his decision to use prostitutes as “publicly unacceptable but not illegal”, and asked for a suspended jail term.

But Judge Douglas said Thomson’s actions let down his members.

“I don’t care if he went to a brothel or Bunnings,” she said.

“There were people in the Health Services Union depending on him and they were people from what I can gather who weren’t earning a lot of money.”

Thomson is appealing against his Melbourne Magistrates’ Court conviction and 12-month jail term, with nine months suspended, for misusing $24,538 of HSU funds.

Judge Douglas set aside that decision as she handed down her fresh ruling.

She said it was “regrettable” she could not convict Thomson on all charges as he had clearly deceived the HSU.

She will sentence Thomson on Wednesday.

Amber Heard’s sister and friend give evidence
‘Should have been a penalty’: Boy crash-tackled by PM gives his verdict
Apple sued over ‘ear shattering’ AirPods alert
Russian Google to file for bankruptcy
Man arrested at NSW school for bestiality
Concern about COVID-19 deaths in aged care
Five escapees run from an armed hostage taker
Today's Stories