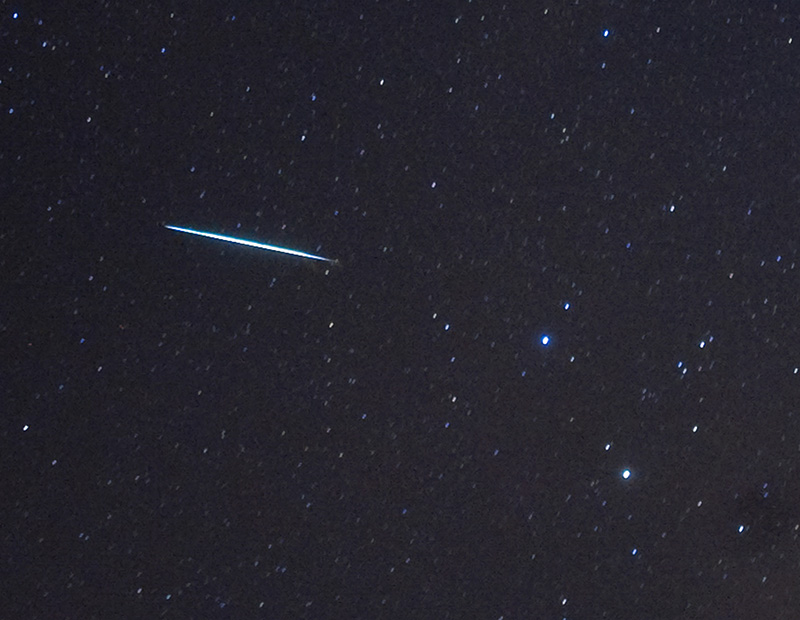 They’re pea-sized pieces of cosmic rock and they’re lighting up our night sky this weekend.

The annual Geminids meteor shower is hitting earth’s atmosphere, with Saturday and Sunday the best nights to see it.

Andrew Jacob, the Sydney Observatory’s astronomy curator, says the meteors will be most visible between 11pm and 1am on both nights.

“You probably want to get outside the city, or to within a dark area within a large park,” Mr Jacob told AAP on Saturday.

He said the Geminids were slighter larger than most other meteors, meaning they made for a great show.

“Every minute to two minutes you’ll see a bright meteor whizzing across the sky, unmissable, unmistakeable,” he said.

Mr Jacob said most meteors were small pieces of dust, but the Geminids were about the size of a pea or a fingernail, making it the best shower for people to watch.

“This is probably the best one – the brightest, longest meteor trails in the sky,” he said.

The meteors have broken off from the asteroid Phaethon, which is breaking up because it swings close to the sun’s surface.

“The recommendation would be to get out just before midnight, set yourself up comfortably. You don’t need binoculars, just the naked eye,” he said.