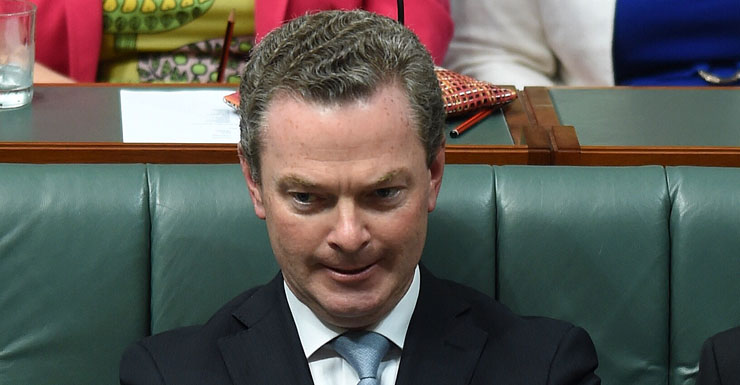 A senior frontbencher has written to Prime Minister Tony Abbott to prevent government-caused Christmas job losses at the public broadcaster.

Coalition frontbencher Christopher Pyne asked the prime minister to rescue ABC employees in his home state of South Australia who face termination “as a response to savings announced by Minister Turnbull”.

Up to 37 jobs at the ABC’s Adelaide television production studios are at risk because of the Abbott government’s $250 million budget cut over five years, the broadcaster’s managing director Mark Scott has announced.

• Did Christopher Pyne troll his own party?
• ABC cuts a story about lying, not money
• Frances Abbott still just does not get it

“Time is of the essence in order to protect the jobs which may go before Christmas this year,” Mr Pyne wrote.

In the letter, Mr Pyne urged the prime minister to change the way the government funds the ABC to save the “efficient and innovative” studio, which is located inside his home state.

“A return to tiered funding for regional production from the Commonwealth will allow the South Australian production unit to continue telling regionally-flavoured stories of national interest,” said Mr Pyne.

The Education Minister’s claim that the studio is efficient and cost-effective contradicts the efficiency study commissioned by the government, which found it was “rarely used”.

The minister criticised the ABC’s decision to close the studio as a poor financial decision, saying it would “incur unnecessary cost” and would make the broadcaster “more Sydney and Melbourne focussed”.

This is the second time the minister has publicly defended the broadcaster’s Adelaide employees. In November, he launched a petition on Twitter asking the ABC to not close the studio.

Mr Pyne is the one of the frontbenchers most in danger of losing his seat at the next election. Since the government’s widely criticised budget, which proposed significant increases to university fees, the Education Minister has suffered swings against him in popularity and disapproval polls.

Faced with a hostile Senate, Mr Pyne has been forced to modify his university reforms in the hope of negotiating a compromise.

Pyne begs Abbott to save ABC from Turnbull