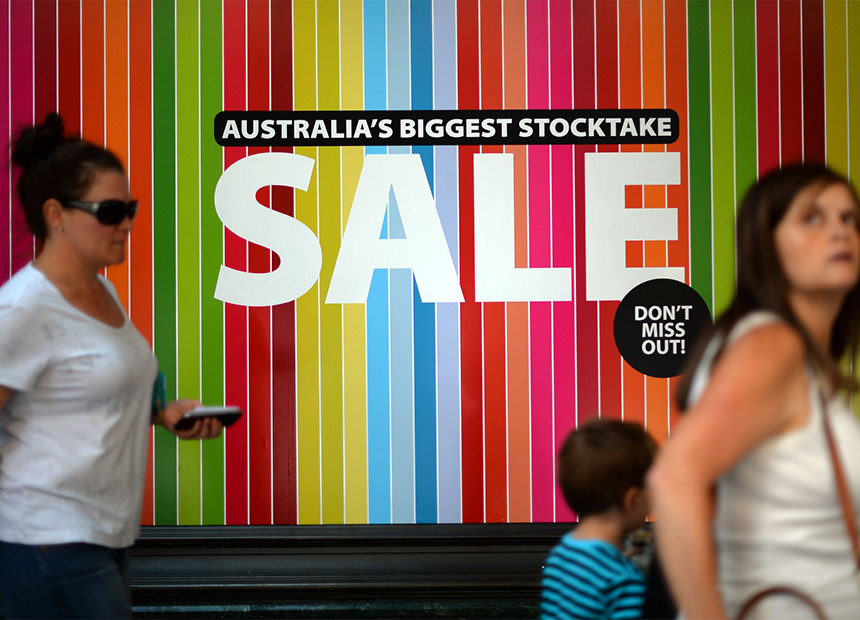 Weeks of patchy trading, confirmed by poor consumer confidence in a recent consumer sentiment report, have fuelled the speculation, according to Fairfax reports.

· Consumers most pessimistic in three years

Wednesday’s Westpac-Melbourne Institute measure of sentiment survey found consumer confidence was at a three-year low, falling 5.7 per cent in December to  91.1 points.

End of year sales, traditionally held in the last week of December and early January, are one of the biggest drivers of Australia’s retail market, but early reports say that spending is slow and retailers are looking to start slashing prices a week before Christmas.

The department stores are reported to be considering the early move to boost foot traffic, but analysts are concerned it might cause further weakening across the entire retail economy.

“January is the second most profitable month, but December is the most profitable and you don’t necessarily want to hurt margins in that period,” an analyst told Fairfax’s retail reporter Sue Mitchell.

“It’s not good for the whole sector if everyone goes earlier.”

Myer and David Jones have already heavily reduced some stock, but Myer’s chief merchandise and marketing officer Daniel Bracken tried to hose down suggestions that there tactics were out of the ordinary.

“We have promotional activity for our customers right throughout the year and the lead up to Christmas is no different – and this is what we have always done to support Christmas in our stores,” Mr Bracken told Fairfax.