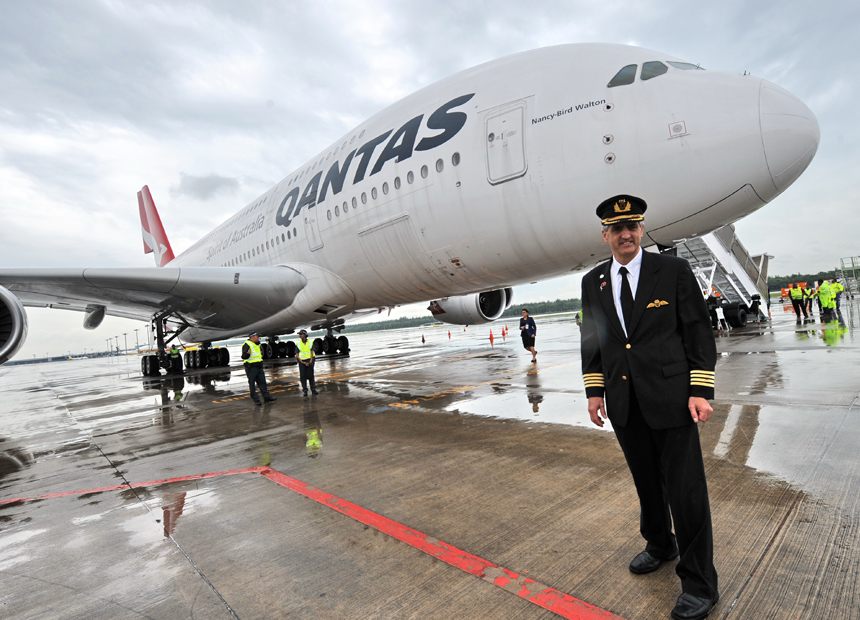 On Monday evening, Qantas flight QF7 en-route from Sydney to Dallas was forced to turn around due to technical issues affecting in-flight entertainment and some toilets.

Qantas said it made the decision to return the plane to Sydney, four hours into the journey, for the sake of customer comfort.

On Monday afternoon, Qantas flight QF904 from Perth to Karratha was forced to make an emergency landing at Perth airport after a strange odour was detected in the cabin.

According to ABC, smoke was detected in the cabin, with a number of fire engines, police and ambulances rushing to the tarmac as the plane landed.

Qantas denied there was smoke on the plane, but a St John Ambulance spokesperson confirmed they had treated up to 80 passengers for smoke inhalation.

@9NewsSyd To clarify, QF904 from Perth to Karratha made a precautionary air return due to an odour in the cabin. The flight landed normally.

In the early hours of Monday morning, Qantas flight QF2 en-route from Dubai to Sydney was forced to descend 10,000 feet and make an emergency landing in Perth after developing an air conditioning fault.

The flight was over the Indian Ocean, 700 km from Perth, when the pilot requested priority landing.

“It’s standard procedure to descend quickly in these circumstances and at no stage was the safety of the aircraft or passengers at risk,” Qantas head of flying operations Captain Mike Galvin said.