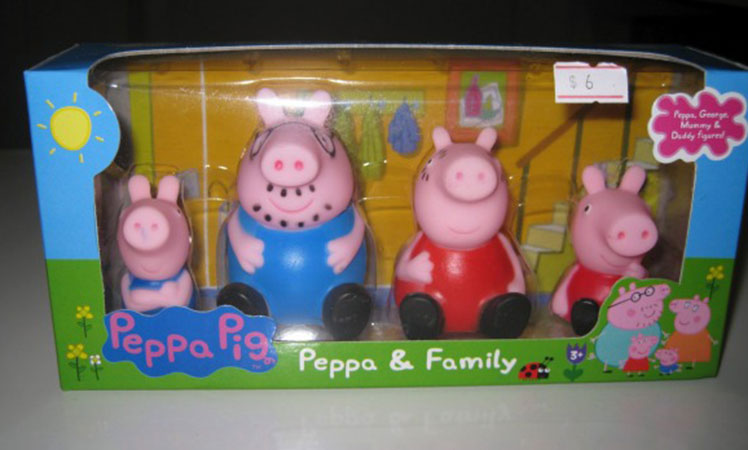 Peppa Pig has been butchered as part of a pre-Christmas crackdown on dangerous toys.

A talking Thomas the Tank Engine has been silenced and a Gangnam style dream bus has been deemed un(road)worthy, alongside 92 other non-compliant children’s products from Sydney shelves.

The NSW government targeted discount stores, pop-up shops, markets and online websites in the lead up to Christmas.

Compliance officers netted 73 types of toys for babies and toddlers, 18 projectile toys and four aquatic products all deemed too dangerous.

Retailers were putting the lives of young children at risk by selling those toys, he said.

“This particular Peppa Pig and family squeaky toy set appeared cute and harmless but when put through testing were found to present multiple hazards to small children, including choking or a child ingesting or inhaling them.

“A super combat gun and an archery set was also found to pose serious eye injuries to children.”

Nine traders have been prosecuted for breaching safety standards, resulting in $44,305 of fines.