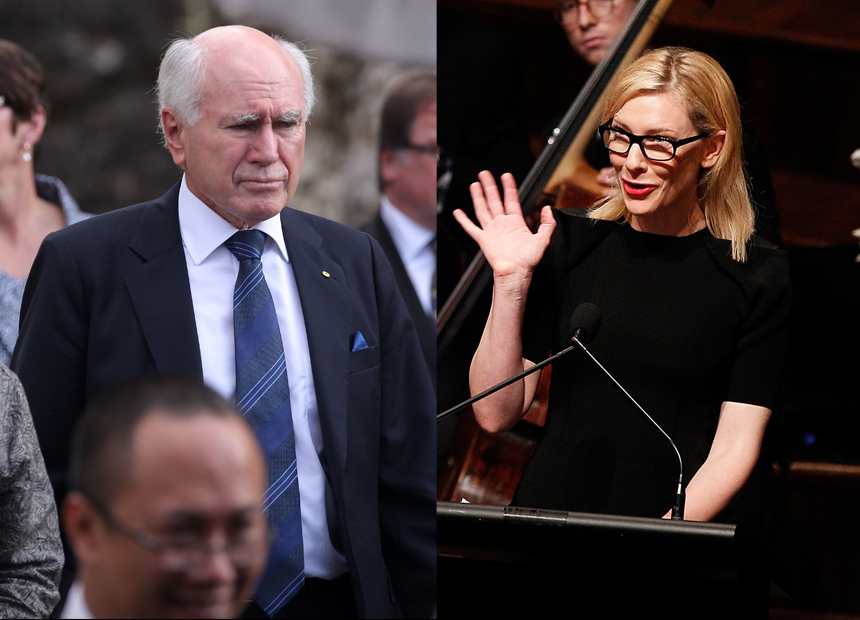 Blanchett was invited to speak at Mr Whitlam’s memorial service in Sydney last month, where she praised the late politician for introducing free education and healthcare.

“That speech of Cate Blanchett’s was outrageous,” Mr Howard said.

“Cate Blanchett is a talented actor, I admire her talent, but to suggest that Whitlam introduced free university education is wrong.”

“The last three years of my university education were completely free and that was 11 years before Whitlam came to power,” he said.

Mr Howard said 70 per cent of people at university had their fees covered by Commonwealth scholarships before Mr Whitlam abolished university fees in 1974.

“This idea that it just arrived (with Whitlam) is complete nonsense and it ought to be called out more frequently,” Mr Howard said.