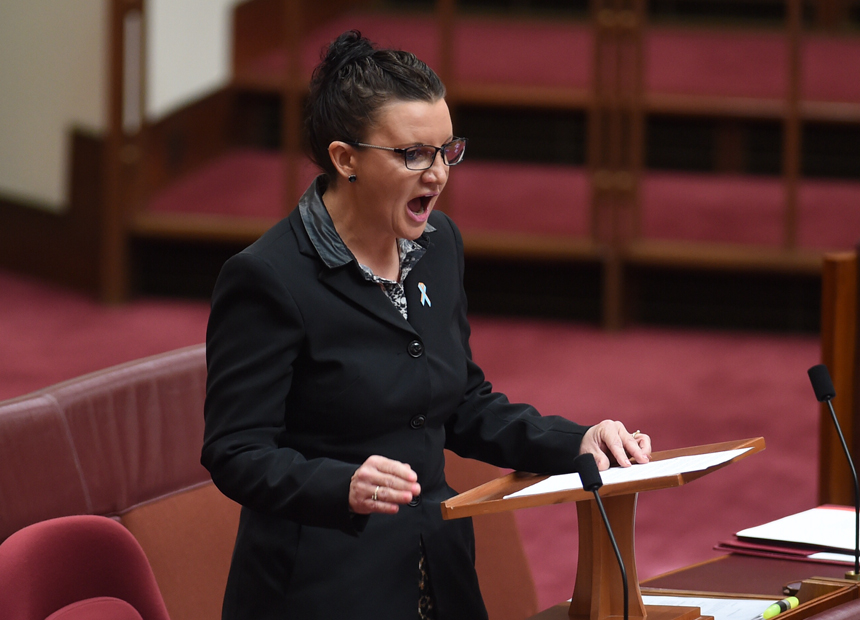 Crossbench senators have begrudgingly reintroduced temporary protection visas (TPV) in a late night sitting, calling the policy a “stain on the nation” and “a great shame”.

The bill was passed 34 votes to 32 in a heated debate that stretched into the early hours of Friday morning.

The visa allows asylum seekers to reside in Australia for three years, but could see them returned to their home country at the end of this period if the government decides their situation has improved.

Motoring Enthusiast Party Senator Ricky Muir described his anguish after speaking over the phone with crying staff from a Christmas Island detention centre.

“Coming to a decision on this bill has been one of the hardest things I’ve ever had to do,” Mr Muir said.

“I believe that this bill has many bad aspects, however I am forced into a corner where I have to decide between a bad decision and a worse decision.”

“A position I would not wish on my worst enemies.”

“To do nothing is not an option either.”

Palmer United Party Senator Glenn Lazarus said it was a “sad truth” Australia is a country that “locks up defenceless children”.

In return for the Palmer United Party’s support, the government agreed to process the claims of 30,000 asylum seekers languishing in detention centres around Australia.

The annual refugee intake will also be increased to 7,500 and asylum seekers on bridging visas will be given the right to work.

Independent Senator Jacqui Lambie was visibly upset, attacking the government for keeping children in detention for so long.

“These kids have been sitting there for 15 months, and you want a pat on the back? You’ve got to be kidding yourselves,” Ms Lambie said.

“When you tell your Christmas stories, I hope you tell your own families that you are the innkeeper. You are closing the door,” Ms Milne said.

Coalition frontbenchers hailed the passing of the bill.

“Tonight we will put an end to the deaths at sea because the people smugglers were able to market permanent protection in Australia,” government frontbencher Michaelia Cash said.

The bill now proceeds to the House of Representatives, where the government controls the numbers and its passage into law is all but assured.

Labor and the Australian Greens opposed the legislation, but the government had the crucial six crossbench votes it needed.