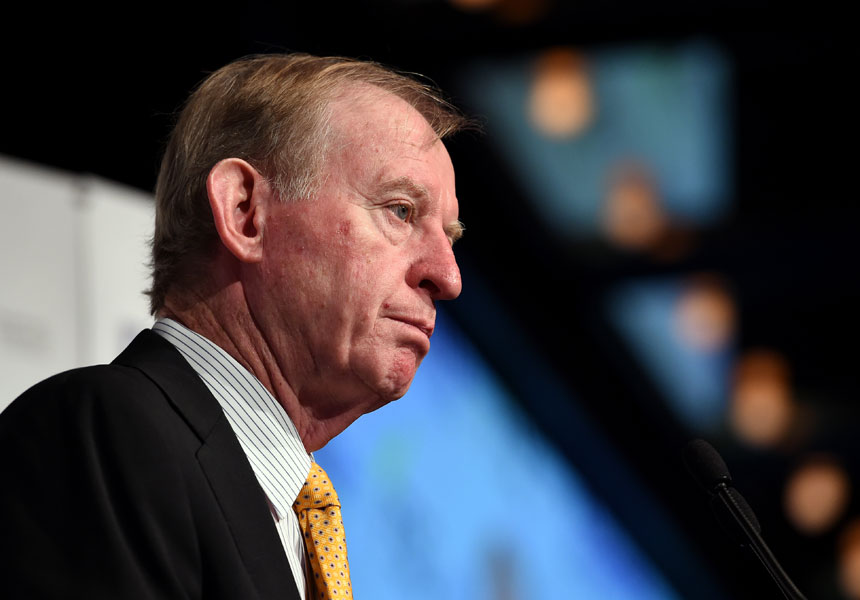 Bankers, insurers and the superannuation industry are about to be handed their summer reading – the financial system inquiry’s final report.

As the title suggests, it is hardly a racy read to while away the hours on the beach.

But it will contain myriad recommendations aimed at better consumer protections and safeguards.

It’s a sequel to the 1997 Wallis Report that formalised the four pillar policy covering Australia’s major banks and the 1981 Campbell inquiry that led to the floating of the Australian dollar.

Joe Hockey will make public the blueprint for the financial system on Sunday after receiving it last Friday from its author David Murray, a former Commonwealth Bank of Australia boss and head of the Future Fund.

But the treasurer won’t be rushing out a response.

That probably won’t happen until mid-2015 after he undertakes more consultations.

Mr Murray and his team have been working on the inquiry for almost a year.

They received more than 6500 submissions since their producing an interim report in July.

The Customer Owned Banking Association, which represents building societies and mutual funds, believes the report will be a game-changer for banking competition.

There were numerous submissions relating to banks being considered “too-big-to-fail”.

Mr Murray has indicated a preference for increasing capital requirements for large financial institutions rather than a government guarantee for banks falling on tough times or charging the big banks for a perceived implicit guarantee.

A large proportion of Murray’s interim report was devoted to the superannuation industry – where the savings pool has increased from $300 million to $1.8 billion since the Wallis Report.

The interim report said there was scope for greater efficiencies, with fees remaining high by international standards, and urged the government to stop tinkering with the system.

The interim report also flagged raising the minimum education and competency standards for personal advice and introduction of a national examination for financial advisers.

Financial planners have been under a cloud after a series of collapses and parliamentary inquiries into their practices and those of the major banks.

Mr Murray is due to make a lunchtime address to the Committee for Economic Development of Australia on Monday.

Read up on a game-changer