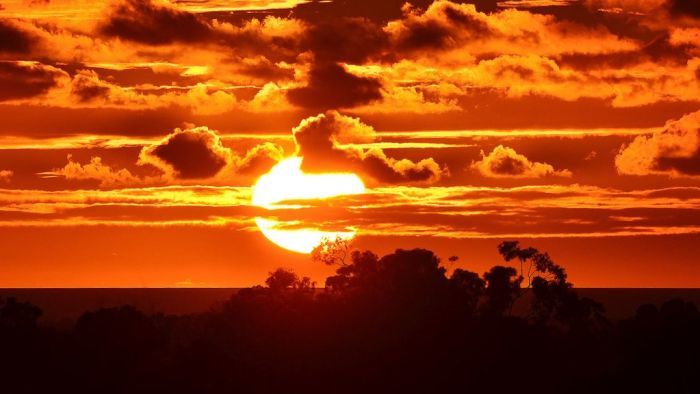 Hot on the heels of the news that this spring was the warmest in Australian history, a new report says 2014 could be the hottest year since weather records began.

Drastic weather changes and weird events are now the norm, with Antarctic glaciers melting at an unprecedented rate, the smog in Los Angeles thickening, and walruses dying on an Alaskan beach because they had nowhere else to go.

Provisional data for 2014 shows that 14 out of the 15 warmest years on record have all occurred in the 21st century, said the World Meteorological Organisation (WMO) in a new report.

“There is no standstill in global warming,” WMO chief Michel Jarraud said in a press statement.

“What we saw in 2014 is consistent with what we expect from a changing climate. Record-breaking heat, combined with torrential rainfall and floods, destroyed livelihoods and ruined lives,” he said.

“What is particularly unusual and alarming this year are the high temperatures of vast areas of the ocean surface, including in the northern hemisphere.”

While you think these freakish happenings would jolt politicians into action, leading environmentalist Tim Flannery says the findings will have little impact on policymakers.

“Even the most extreme climactic events have no impact on some people,” Mr Flannery, a former Australian of the Year, says.

“It’s hard to imagine us being more isolated on the issue than we are on climate change at the moment”.

Changes in Australia’s environment were mentioned throughout the report, with our heatwave in January, “prolonged warmth” in May, “notable cold waves” in winter and “especially warm” temperatures in Western Australia all receiving a mention.

This spring was the hottest on record for the second year running, with temperatures 1.67 degrees celsius above average, according to a Bureau of Meteorology (BoM) report, the largest departure from the average for any season since records began.

In some places like New South Wales, the maximum temperatures were a massive 4.06 degrees celsius above average.

BoM climate monitoring manager Karl Braganza says we can expect hotter summers too, with the 2012-13 summer the hottest on record.

“We’ve got a warming trend going on, so temperatures across Australia are a degree warmer than they were in the first half of 20th century,” Mr Braganza says.

“The main thing throughout this year is that the globe has flirted with an El Niño event. An El Niño event means a large part of the Pacific warms up quite considerably.”

Australia still lags behind the rest of the world in climate change policy, promising a five per cent cut in carbon emissions by 2020.

The political differences were evident after the G20 Summit last month, when Foreign Minister Julie Bishop reprimanded US President Barack Obama for his comments that the Great Barrier Reef was under threat.

“Even Canada is moving with the US. So I think we’re completely isolated and I think that’s probably bad for Australia,” he says.

“Everything I hear is that the economy is the most important thing.”

“A pledge that would be considered inadequate will have significant costs in terms of diplomatic relations for Australia,” Professor Jotzo said.

Next year, Australian Open referees will decide if games continue once the temperature exceeds 40C, after ballboys, players and fans collapsed in this year’s heatwave.

Extreme drought and heat have worsened smog in California, leading to the premature deaths of thousands of Californians each year, according to a Los Angeles Times report.

Elderly people who are unable to care for themselves are the biggest collateral in heatwaves, with a 2003 heatwave in France claiming the lives of 15,000 people, most of them elderly.

5. Spread of malaria in India

The unprecedented heat expected in Mumbai over the next few decades will be conducive to the spread of the deadliest stain of malaria, according to Indian researchers.

Climate change exacerbated heat will also increase the risk of diseases like dengue fever, while simultaneously reducing the availability of fresh water.

In October, 35,000 walruses were found on an Alaskan beach, dozens of them dead, when the sea ice they live on completely melted.

According to a CNN report, the walruses, which normally live scattered on ice sheets, had been forced onto the land due to ocean warming.

The melt rate of glaciers in Antarctica has tripled over the past decade, contributing to rising sea levels, new analysis this week revealed.

Bushfire researchers say many areas of Australia are predicted to experience an above normal fire risk this summer.

This year set to be the hottest – and it gets worse