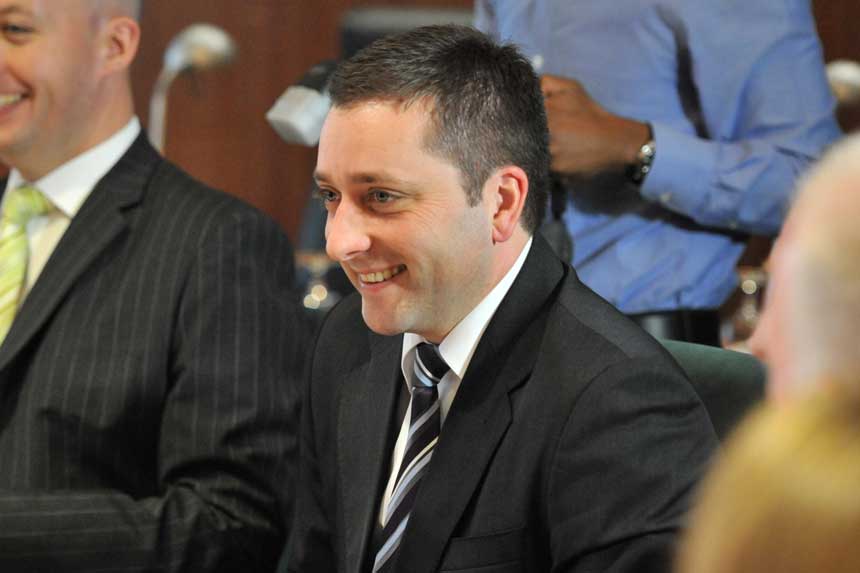 Matthew Guy is the new leader of the Victorian Liberal Party.

Mr Guy was planning minister in the Napthine government, which lost the Victorian state election.

Mary Wooldridge is leader of the opposition in the upper house, with Gordon Rich-Phillips as deputy.

Mr Guy said he was humbled and overwhelmed to win the support of his colleagues.

“I’m deeply appreciative of the trust the parliamentary Liberal party has given me today,” Mr Guy told reporters after the vote.

Former premier Denis Napthine said the party was fortunate to have a depth of talent to take it forward.

“I think Matthew Guy will be an outstanding leader of the Liberal party,” Dr Napthine said after the ballot meeting.

“He’s young, dynamic, and he really knows how to relate to people.

“I’m pleased the new generation has taken over.”

Meanwhile, Premier Daniel Andrews has signed his oath of office at Government House.

Mr Andrews was sworn in before Governor Alex Chernov on Thursday morning, to applause.

His wife Catherine and three young children looked on.

Newly appointed minister Jane Garrett will look after the portfolios of emergency services, consumer affairs, gaming and liquor regulation, while

Jill Hennessy will be in charge of health and ambulance services.

The state’s top lawmaker will be Martin Pakula, who was appointed attorney general and minister for racing, both portfolios he served in opposition.

Wade Noonan was named minister for police and corrections.

Fiona Richardson has the portfolios of women and family violence prevention – a policy area that will be in the spotlight as Labor will hold Australia’s first royal commission into family violence.

It is the first time a minister has been appointed in Australia specifically to tackle family violence, Mr Andrews said.

“We need real leadership to tackle this hideous crime,” he said.