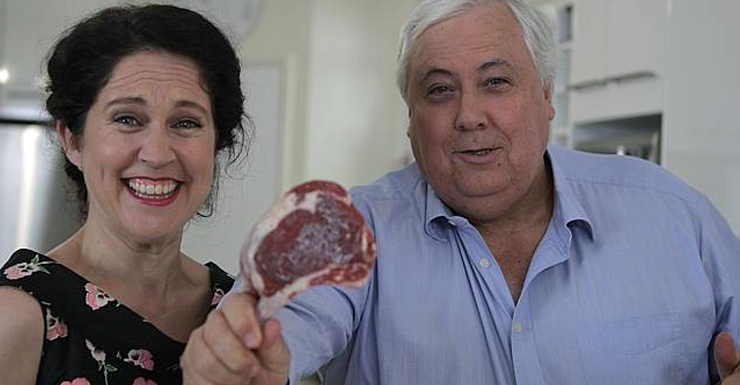 Clive Palmer has claimed he is being monitored by spy agency ASIO, revealing that he refuses to let his political staff use Parliament House’s computer network for fear of spies.

“We know that if we go back to inquiries in ASIO in the late ’80s in the Senate that ASIO constantly monitors the top hundred wealthiest Australians. It was said in testimony in the Senate,” Mr Palmer said.

“So I’m monitored, my phones are tapped every day.”

The member for Fairfax also revealed he prefers to hire childhood friends for their loyalty because he fears major parties are trying to infiltrate PUP.

“If you look at what happened to new parties or other parties in Australia, the major parties try to infiltrate them, take them to court, wind them up, do anything,” he said.

The mining magnate showed his softer side on the program, reading aloud a poem he wrote in the 1980s, which he described as one of his most treasured possessions.